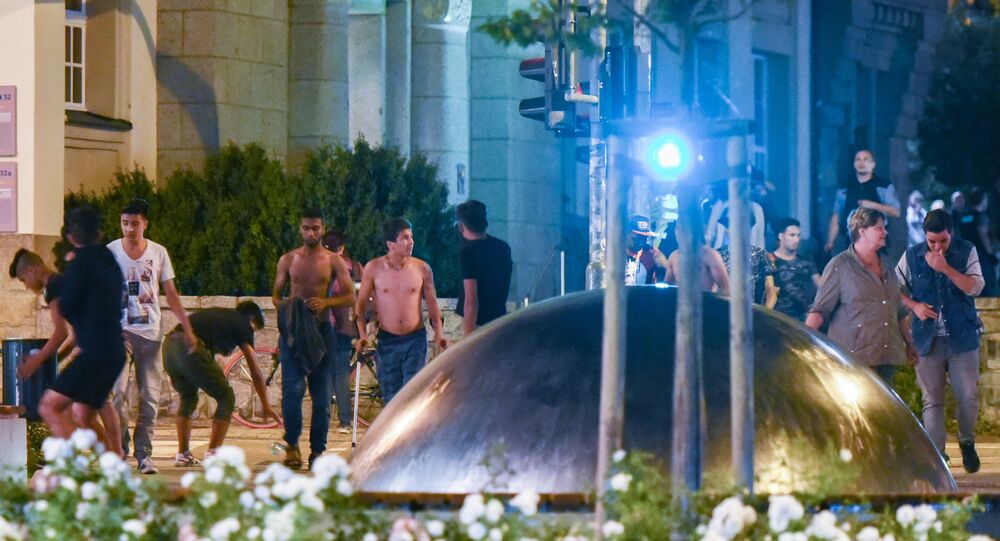 Migrants who are set to be deported often resort to all kind of measures to remain in the country. Many simply go into hiding, while others attempt to use other more creative tactics. A spokesperson for the German Interior Ministry spoke to Sputnik about the unsatisfactory situation regarding the deportation of illegal migrants.

On Sunday, Der Spiegel, citing an internal police document, reported that Germany couldn't deport more than half of illegal migrants in the country.

Only 27,000 migrants out of 57,000 left Germany in 2018. As German Interior Ministry spokesman Steve Alter confirmed to Sputnik, in most cases travel documents are missing or the deportees evade the authorities and therefore cannot be handed over to the Federal Police for repatriation. The foreigners are required to obtain a passport or a replacement passport themselves, but often don't do so.

In 7,849 cases last year, deportation failed in Germany because the police simply couldn't find the deportee in time. To tackle this, authorities are now detaining some migrants ahead of their scheduled deportation.

© AP Photo / Matthias Schrader
France Refuses to Accommodate Economic Migrants From German NGO Ship - Reports
While Austria succeeds with deporting migrants through coercive measures, in Germany the formal requirements for grounds for detention remain very strict and overtax the authorities. According to the police, they can only be arrested if deportation is ordered or if there're any grounds for preventive detention.

However, the system is overstretched and there're not enough detention centres. "There are only 400 to 500 detention places while there were 235.957 individuals to be deported in 2018. This is definitely not enough," the spokesman adds. "Despite the law, many deportation instructions cannot be implemented."

According to Alter, in many states, you cannot enter properties to search for deportees, so authorities have to try and find the person outside their homes. This situation is now to be regulated by Horst Seehofer's draft law.

"The expulsion of offenders is becoming more and more simple, for example, a few years ago, as a result of the events in Cologne on the New Year's Eve when numerous assaults on women took place. However, lowering thresholds doesn't help if those concerned enjoy special protection against expulsion, for example, they are recognised refugees or entitled to asylum and subsidiary protection."

"The expulsion protection for offenders having a corresponding status is therefore reduced to the minimum and allows these individuals to legally stay in Germany. However, it is still ensured that no one can be deported to an area where he or she faces inhuman treatment. This non-refoulment rule is unrestricted."

Criminals With Right of Residence

At the moment, there are hardly any monitoring possibilities for offenders whose deportation is not possible — unlike those with extremist backgrounds.

© AP Photo / Armin Weigel/dpa
Record Number of Migrants Sent Back From Germany to Other EU Countries in 2018
The bill, therefore, requires that more stringent measures should be imposed on criminals who cannot be deported, including travel restrictions, the obligation to regularly report to the police, and electronic monitoring ankle chains.

On Monday, at the ARD ‘Hart aber fair' show, former judge at the Federal Administrative Court Harald Dörig added a few strange examples on the delicate topic of deportation. The principle, which many refugees currently use, seems simple to him: if a refugee admits being a member of Daesh* or any other terrorist group, he or she would be tortured and killed if deported to a number of countries, often including their home country.

"Some individuals resort to such tricks," Dörig said regarding these self-reports. He also added that since Germany has a rather complicated and time-consuming process of investigating such cases, for some it may well be an appropriate way to stay in the country for an extended period of time.

*Daesh is a terrorist organisation banned in Russia and many other countries.