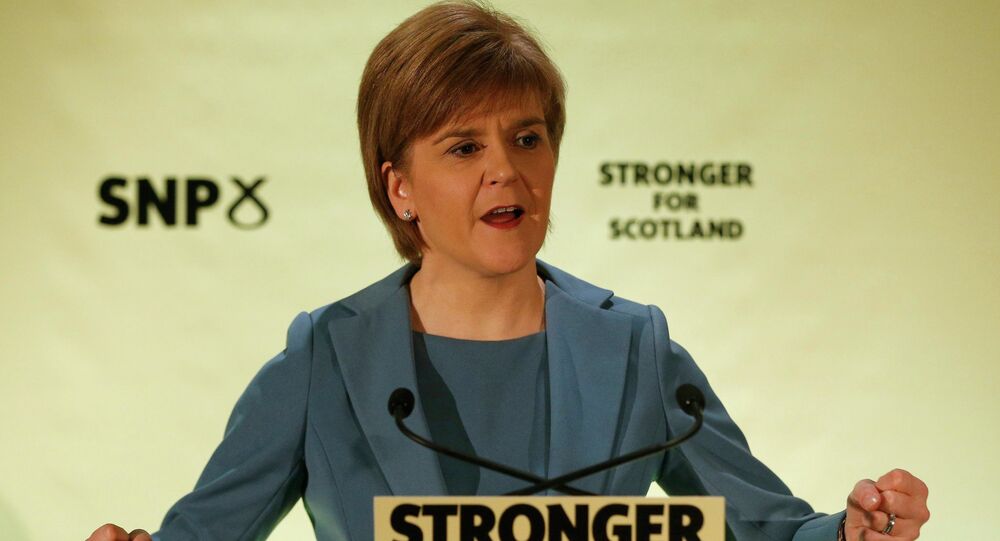 MOSCOW (Sputnik) -The Scottish National Party (SNP) on Wednesday has tabled an amendment with support from members of other parties to the government's deal on withdrawal from the European Union, envisaging ruling out a no-deal Brexit.

Speaker of the House of Commons John Bercow selected the SNP party amendment to be put to a vote. The vote will take place at about 19:00 GMT.

This document has been tabled by the Scottish National Party (SNP) earlier in the day with support from members of other parties to the government's deal on withdrawal from the European Union. It envisages ruling out a no-deal Brexit in any circumstances and regardless of any exit date.

"The SNP have tabled an amendment, with cross-party support, seeking to reject a no-deal Brexit in any circumstances," the SNP wrote on Twitter.

The SNP is the largest Scottish political party and the third-largest party in the UK Parliament's House of Commons. The party strongly opposes Brexit claiming that leaving the European Union will damage the United Kingdom in any case, while withdrawal without a deal will be the worst scenario entailing severe consequences for the Scottish economy.

📰 SNP tabled an amendment to prevent a no-deal, which would put 100,000 Scottish jobs at risk, under all circumstances.

Scottish Labour and Tory MPs must now decide: will they stand with the extreme Brexiteers, or will they stand up for Scotland by backing our amendment. #PMQs pic.twitter.com/VfpFWwIpje

© AFP 2021 / OLI SCARFF
Support for New Brexit Vote 'a Major Shift' in Labour's Policy - Commentator
The United Kingdom is set to leave the European Union on March 29. While London has managed to negotiate a withdrawal deal with Brussels after months of intense talks, the agreement has faced a wave of criticism in the United Kingdom and mounting calls for a second Brexit referendum, with the parliament so far refusing to endorse the deal due to the controversial provision on the Irish border backstop.