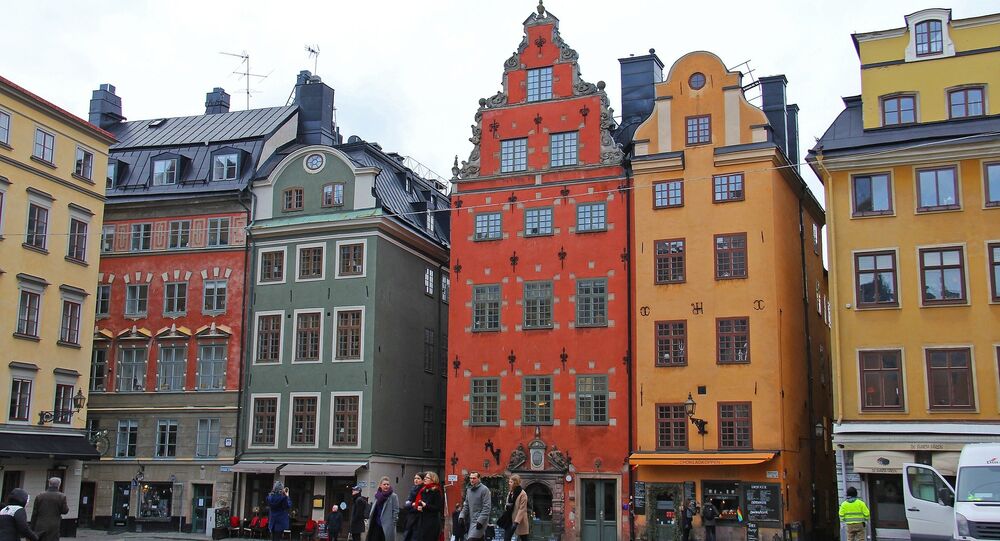 Swedish Moderate Party MP Hanif Bali said his country's politicians should apologise to the people for not legislating against terrorism several years ago. Now it's already too late, he said, while comparing Sweden to a haven for jihadists.

During a televised debate on jihadis retuning to Sweden, Moderate MP Hanif Bali has lashed out against the government's passive attitude toward extremism and the lax laws allowing terrorists to go unpunished.

"These [jihadist] trips have been happening for several years now, but you haven't done anything", Bali told Green Party spokesman Rasmus Ling, whose party has been part of the Swedish government during Europe's migrant crisis and enacted laws that led to the current situation.

Bali called it offensive that there are people whose parents have been slaughtered by terrorists and who are stuck in refugee camps in Syria, and Sweden chooses to take care of terrorists instead.

"I believe we should make it as difficult as possible for them to come here. They have actually lost of the right to call themselves Swedes", Bali told national broadcaster SVT.

Bali went on to make a drastic comparison between jihadists and the Nazis. Bali, who proposed changes to the treason law as early as 2015, stressed the absence of laws to properly prosecute the jihadists.

"Sweden has become what Argentina was for the Nazis. Only, after World War II, they actually introduced retroactive legislation and got the Nazis sentenced. Had [the Swedish government] been in power then, no Nazis would have been convicted", Bali stressed, highlighting the absence of convictions despite the ongoing return of Daesh* renegades from the Middle East.

READ MORE: Calls for 'Swedish Guantanamo' After Trump's Plea to Take Back Jihadists

At the end of World War II, many high-profile Nazis fled to Latin America using so-called "ratlines", with Argentina becoming one of the foremost havens. Examples of Nazis and their collaborators who took refuge in Argentina include Josef Mengele, Adolf Eichmann, deathcamp commander Franz Stangl, as well as Croatian Nazi leader Ante Pavelic.

"The important thing is to admit that it's too late", an angry Bali told SVT. "The only thing left for politicians is now to look into the cameras and apologise. Unfortunately, this is the only option left, and that is terrible".

In recent years, Sweden been one of the EU's most generous nations in terms of immigration. Since 2013, Sweden, a nation of roughly 10 million, has accepted over 810,000 immigrants.

All in all, there are about 150 Daesh terrorists and about 50 family members that the Swedish media often refers to as "foreign fighters", remaining in Syria.

"Daesh females who are now begging to be retrieved should be left there to rot. Completely irrelevant whether their jihadi spawn is 'innocent'", the Iranian-born politician tweeted, suggesting adopting some of the thousands of Yazidis orphaned by Daesh instead.

In response, Aftonbladet, one of Sweden's largest newspapers, ran an opinion piece by columnist Jonna Sima, who called Bali's choice of words unethical and urged Sweden to "increase its support to foreign fighters" following the fall of the self-proclaimed "Caliphate" in the Middle East.

The Swedish Security Police previously voiced their readiness comply with US President Donald Trump's request to allies to take in its citizens who are among those Daesh terrorists captured in Syria, despite numerous warnings from experts.
"Those who have travelled there from the West are the most dangerous, they are the ones you should beware of. They are the most radical, the most brainwashed and they have no limits", former intelligence officer Jesper Söder told TV4.