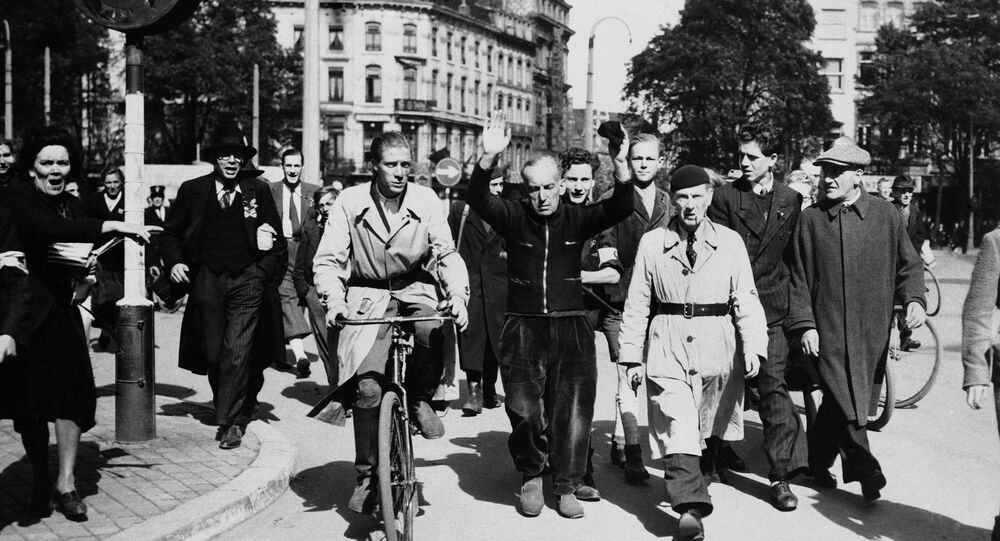 Despite the abrogation of many Hitler-ear decrees, Germany continued to pay to Belgians who served with Waffen-SS even after the fall of the Third Reich.

Over 70 years since the end of WW2, there are still a number of people in Belgium who receive supplementary pensions at the behest of Adolf Hitler, the De Morgen newspaper reported on Tuesday.

The money is given for "fidelity, loyalty and obedience" and is granted to Belgians who lived near the German border and acquired German citizenship after the Nazi invasion in 1940, as well as collaborators who joined the Waffen-SS military force during the war.

The German government had to follow a related 1941 Hitler decree and pay the pensions as it became the successor state of Nazi Germany in 1949. As much as 38,000 Belgians have continued to receive pension payments from Germany after the end of the war. Today, there are 27 Belgians, either former collaborators or their widows, who are still entitled to this "loyalty subsidy".

This policy came to light after the adoption of an EU regulation which requires member states to inform each other about cross-border pension payments.

"I have discovered supplementary pensions of between 425 and 1,275 euros per month," said Alvin De Coninck from Groep Herinnering (Remembrance Group), an organisation for survivors of Nazi death camps and their families.

"Years spent in Belgian jails as punishment for collaboration are classified as time worked. The more years in prison, the higher the benefit," De Coninck noted, adding that Belgians subjected to forced labour in Germany during the war received a compensation of 50 euros per month after the war.

This information has raised the eyebrows of Belgian lawmakers, who called on the government to "tackle this problem diplomatically as a matter of urgency". The MPs who authored the resolution explain that these people have not been reported to the government, and this income has never been taxed.