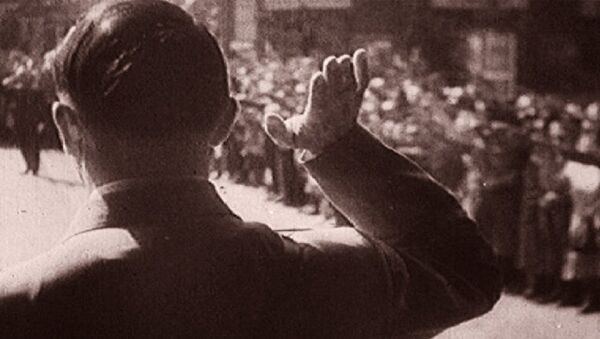 © Sputnik
Subscribe
In December 2018, an American commentator and spokeswoman for Turning Point USA, a US non-profit organization, claimed that "the problem" was that Hitler "wanted to globalize" at an event launching the British chapter of her organization.

Candace Owens, when asked by an audience member for her opinion on nationalist movements, responded, "When we say nationalism, the first thing people think about, at least in America, is Hitler. He was a national socialist," cited by Gizmodo.com.

​"If Hitler just wanted to make Germany great and have things run well, OK, fine," Owens added, to the consternation of her audience.

When asked by The Daily Beast to clarify her comments, Owens referred to Hitler as a "homicidal maniacal globalist" and added that her seemingly-supportive response to Nazism was "about why Americans WRONGLY equate the word ‘nationalism' to Hitler."

"My final comment is that Hitler was the scum of the earth," Owens wrote in an email to The Daily Beast, following up with a jab at the media outlet.

"As is the publication you write for," she taunted, cited by Thedailybeast.com.

In a video published on her Twitter account Friday, Owens repudiated "leftist journalists" for misinterpreting her comments.

​"No, I'm saying Hitler wasn't a nationalist," she claimed, in spite of earlier having said exactly that.

"He was putting German Jews into concentration camps and murdering — he was a mass murderer," she said in the video.

Turning Point USA, funded in part by the in-laws of Betsy DeVos, US President Donald Trump's pick for the nation's Secretary of Education and sponsored in part by the National Rifle Association, has a long history of controversial and inflammatory media moves.

keyboardcosmetics
11 February 2019, 01:46 GMT3
000000
The US is the last bastion of freedom, according to these two?. Come to Austin, where people get suppressed, oppressed, eradicated, killed, with no access to employment, contracting or investment opportunities (not being a Caucasian settler appears to be a problem).