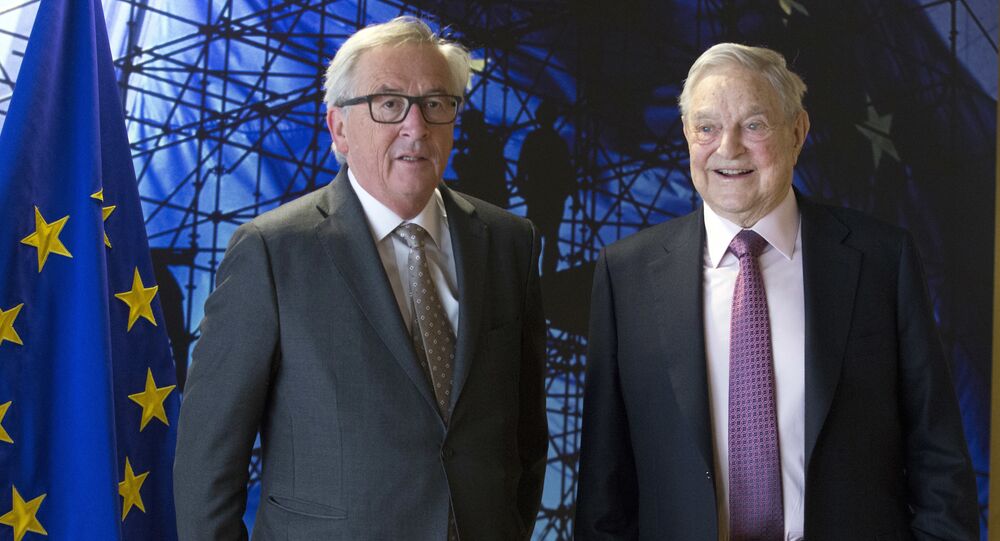 "The Juncker commission made the commitment to fight disinformation and fake news. And this case is no exception. The Hungarian government's campaign beggars belief. It is shocking that such a ludicrous conspiracy theory has reached the mainstream to the extent it has… Hungarians deserve facts, not fictions," Chief Spokesperson of the European Commission Margaritis Schinas told a press conference.

The spokesman stressed that the European Union was not undermining national border protection.

"There are zero plans for the so-called humanitarian visas. Member states decide to what level they want to accept legal migration," Schinas emphasized.

This comes after a campaign poster with images of Juncker and Hungarian-born billionaire George Soros was posted on the Hungarian government's Facebook page on Monday.

The Hungarian authorities have clashed with Soros in the past. Last year, Soros' Open Society Foundations took Budapest to court over the so-called Stop Soros legislation, which targets those supporting or promoting illegal migration, including non-governmental organizations.

The current Hungarian government has been staunchly against unchecked immigration. Prime Minister Viktor Orban stressed in January last year that his country was against EU scheme with migrant resettlement quotas.