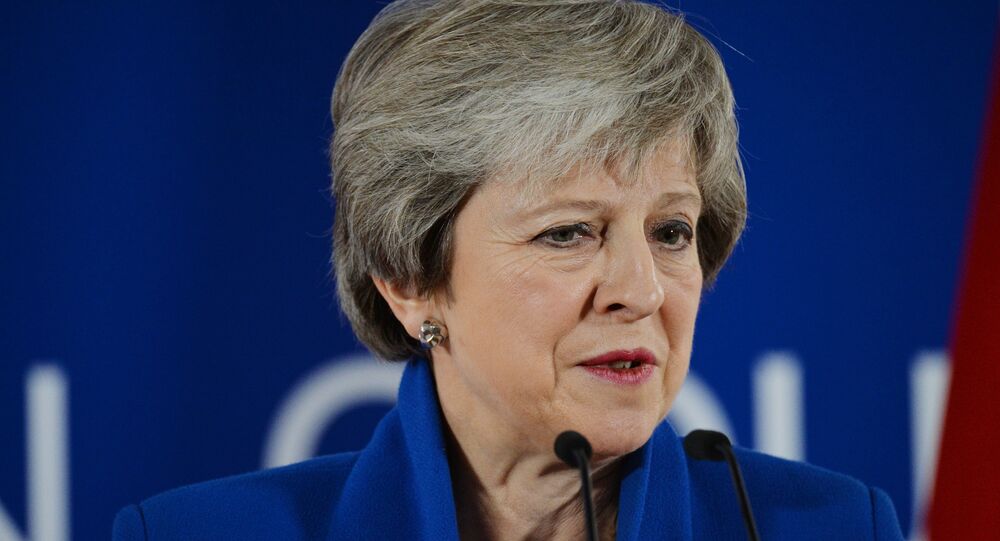 MOSCOW (Sputnik) - UK Prime Minister Theresa May said she discussed with her counterpart from New Zealand Jacinda Ardern a "future" deal between London and Wellington as well as a possible UK membership in the Comprehensive and Progressive Agreement for Trans-Pacific Partnership (CPTPP).

May met with Ardern in London on Monday. The New Zealand Herald reported citing Ardern that the sides signed a mutual recognition agreement which provides certainty for New Zealand businesses if the United Kingdom leaves the European Union without a deal.

"A real pleasure to welcome New Zealand PM Jacinda Ardern to Downing Street once again. We discussed a future deal between the UK & New Zealand, membership for the UK in the CPTPP & met with members of the New Zealand armed forces serving with UK soldiers," May said on Twitter.

We discussed a future deal between the UK & New Zealand, membership for the UK in the CPTPP & met with members of the New Zealand armed forces serving with UK soldiers. #UKNewZealand🇬🇧🇳🇿 pic.twitter.com/ll42vL9Bkq

Last week, the withdrawal deal agreed by London and the European Union, was voted down in the UK House of Commons, forcing the UK government to hold a series of cross-party talks to try to reach a consensus. On Monday, May set out her plan B to break the deadlock but said she could not take a "no-deal" Brexit off the table.

When Has UK Prime Minister Been in Such a Weak Position as Theresa May is Today?

UK Parliament Debates Over No-Confidence Motion Against Prime Minister May