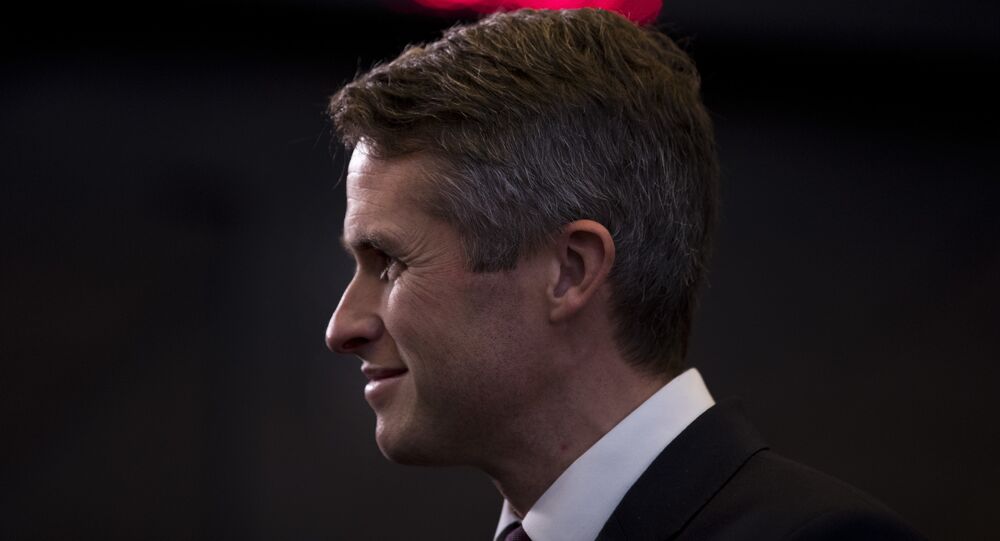 Since taking office as the UK defence secretary, Gavin Williamson has taken a belligerent tone, issuing dubious warnings to Russian President Vladimir Putin every from time to time – but this time he has gone even further.

The Daily Mail has cited a source close to the defence secretary as saying that Gavin Williamson had lavatory paper with Russian President Vladimir Putin’s face on it, along with a highly offensive expletive in Russian. The insider claims that the roll of paper was spotted by visitors in the Ministry of Defence.

Social media has been abuzz at the news, with many netizens dismissing Williamson as a “dangerous embarrassment”:

Gavin is a dangerous embarrassment in so many ways….
https://t.co/XVQJkb3WdW

Our present Government and our entire system of Governance has become an embarrassment. And he is a classic symptom of it. The level of unprofessionalism is staggering. For Putin, it must be like playing chess with a 1 month old baby. Utterly pointless to attempt any dialogue.

Speaks VOLUMES of this imbecile of Defence Minister.

That's so insulting to the President of another country. #GavinWilliamson is an embarrassment to the #UK.

…while another user hypothesised what would happen if Williamson were to ever meet with Putin:

It makes him feel tough I guess,….if he were ever face to face with Putin he wouldn't have enough toilet paper to clean up the mess in his pants 😁

Williamson made world headlines in wake of the Skripal poisoning, having immediately accused Russia of being behind the alleged attack on the former GRU colonel residing in the UK – without evidence and waiting for the official investigation to be completed.

Commenting on how Moscow may respond to the expulsion of 23 Russian diplomats from the UK, the defence secretary said that “Russia should go away and shut up”.

© Sputnik / Natalya Seliverstova
'Militaristic Rhetoric': Russia Vows Response as UK Defence Chief Issues 'Warning to Putin'
Most recently, Williamson issued a warning to the UK’s “enemies”, including Russia, saying that they better not “mess with” Britain. The remark came after he announced that the Royal Air Force’s new fleet of F-35B Lightning II stealth jets were operational.

Moscow, for its part, said in a statement that it would respond accordingly if Russia’s security is jeopardised.

Williamson has developed a reputation for eccentric antics inside the ministry: he used to keep a tarantula called Cronus before the unusual domestic pet was evicted due to an arachnophobic colleague.