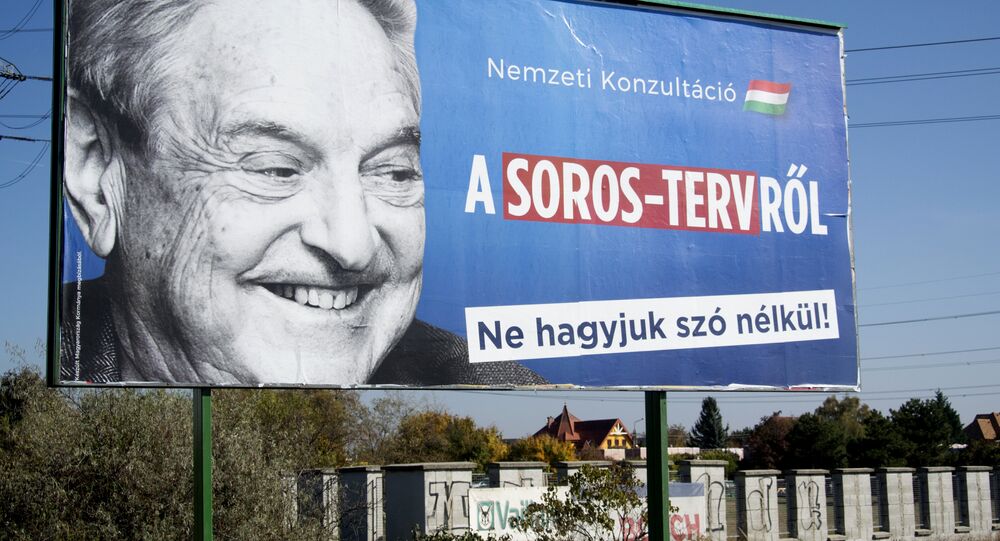 The goal of the campaign was to "invent a villain" for Orban's "nationalist base", the JTA said, referring to the late Arthur Finkelstein and his associate George Eli Birnbaum.

Finkelstein was a New York-based Republican Party consultant who had worked for conservative and right-wing candidates in the US, Canada, Israel, as well as Central and Eastern Europe, over the past four decades.

Birnbaum was cited by the JTA as saying that in 2013, Finkelstein allegedly advised Orban to publicly go after Soros, a proposal that was at first rejected by Orban's cabinet.

However, in May 2017 the Hungarian FM finally authorised the installation of billboards featuring a picture of Soros smiling, captioned "Don't let him have the last laugh".

"Soros, a mega-philanthropist of liberal causes who took a particular interest in his native Hungary, has often been placed at the centre of various anti-Semitic conspiracy theories. To some, the poster seemed to be a spin on the 'laughing Jew' motif popularised by the Nazis," the JTA noted.

In this vein, the news outlet pointed out that the Das Magazin article does not present evidence on Birnbaum claiming that he and Finkelstein inspired the anti-Soros campaign. Also, the article turns a blind eye to the fact that when the campaign was launched, Finkelstein was suffering from lung cancer, which "likely would have made it extremely difficult for Finkelstein to take any active part in the campaign".

Additionally, the article's weak points pertain to the time frame given that the piece singles out "only in passing that Orban and Soros clashed amid a national debate on a wave of unauthorised immigration of millions of people into Europe."

The JTA recalled that in 2015, Soros urged the EU to receive one million migrants a year and share the burden of paying for them, in what was subsequently described by the Hungarian government as the "Soros Plan".

The remarks followed Orban emphasising earlier that year that for Hungary, "migration is not a solution but a problem […] not medicine but a poison, we don't need it and won't swallow it".

In another speech in 2016, Orban urged Hungary to "defend its rule of law, and also its borders", stressing that "we do not want Hungary to be a target country for illegal immigrants".

"Against this fundamental ideological clash, what role did Finkelstein's alleged advice from 2013 play in Orban’s decision to finally go after Soros four years later?" the JTA said.