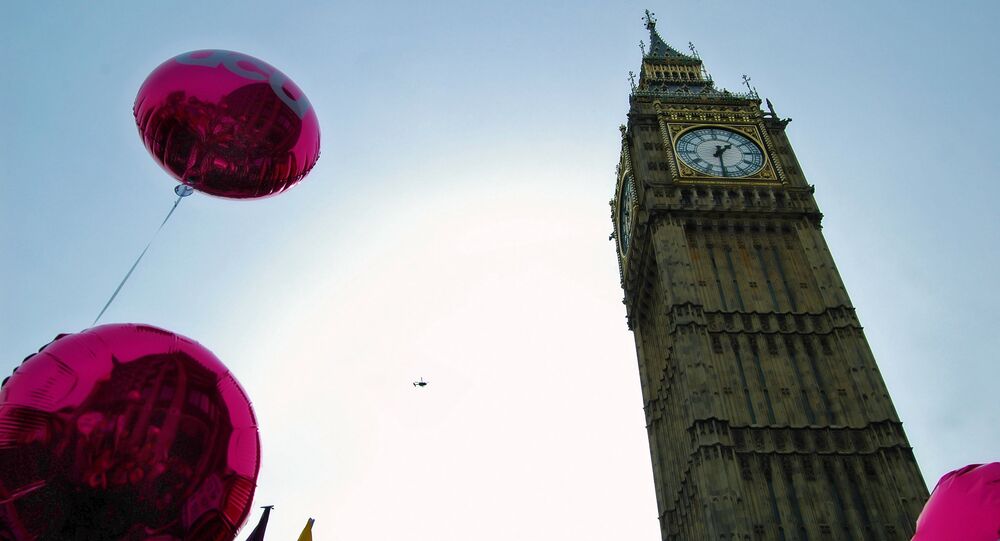 British citizens are struggling under growing debt totalling £428bn in the third quarter of 2018, a new analysis from the Trade Union Congress (TUC) revealed.

The average debt per household spiked in 2018 to £15,385, up £886 from the previous year, TUC research published on Monday indicated.

© AFP 2020 / Daniel Roland
Eurogroup Concerned About Slow Public Debt Reduction in Some Eurozone Countries
The TUC blamed wage stagnation and government-led austerity programmes for the increase, stating that "working families are worse off today than before the financial crisis" and "millions of households" rely on borrowing to make ends meet.

The government was "skating on thin ice by relying on household debt to drive growth", she said, adding that the economy was "not working for workers" who needed "stronger rights and bargaining powers."

The national minimum wage, which is currently at £7.83, was "too low" and should increase to £10 an hour "as quickly as possible", TUC said. Other demands such as prioritising public sector pay over corporate tax cuts, strengthening collective bargaining power, and raising investment to OECD standards and establishing a National Investment Bank were published.

TUC officials calculated the unsecured debt figures by totalling debt from credit cards, store cards, as well as payday, student, and purchase loans from UK and overseas banks, minus mortgages.

Household Income and the 'May Bust'

The TUC called the current household income crisis "the longest pay squeeze for two centuries" and blamed UK prime minister Theresa May for the crisis for "outstripping incomes every quarter" since she took office, citing a shortfall in income totalling £47bn or £1,700 per household.

Titled the 'May Bust', spending has increased 1.5 percent each year, but disposable income by only 0.5 percent, according to the TUC. The trade organisation cited differences with the 'Lawson Boom' in the 1980s where spending increased 6.5 percent and incomes 5.5 percent.

"By smashing the economy, there has been increased not reduced reliance on debt," senior economist for TUC Geoff Tily said. "The biggest victims are those struggling hardest with these debts."

"We were never all in it together, and we now know that the weakest – unsurprisingly – are paying the highest price."