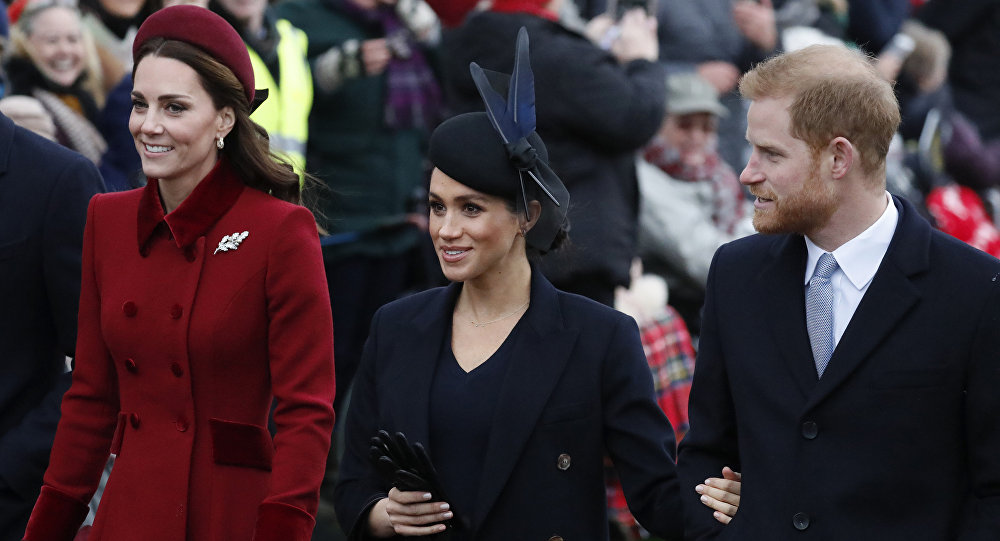 Last year, then-Prince Harry's girlfriend prepared a "dream diary" for her soon-to-be sister-in-law. This year's gift is yet to be revealed, but it may come as a relief to royal watchers amid mounting reports of a growing rift between Meghan Markle and Prince Harry, from one side, and Prince William and Kate Middleton, on the other.

Duchess of Sussex Meghan Markle is expected to prepare a "touching gift" for sister-in-law Kate Middleton's upcoming birthday, The Sun reported on Wednesday.

Last year, Meghan Markle, who was at the time dating Prince Harry, reportedly gave a sweet "dream diary" to Kate.

"Meg had bought Kate a small birthday present — a very smart leather-bound 'dream diary' for her thoughts and ideas which Kate loved," said a source familiar with the matter.

This year's still-unknown present might be of special interest to royal family fans. The Duchess of Cambridge is set to mark her 37th birthday on 9 January, and the royals will come together for the occasion at a time when they are said to be driven apart by a family feud.

It it rumoured that the Duke and Duchess of Sussex are moving out of Kensington Palace, where they have been living alongside Prince William's family ever since they got engaged in 2017, to Frogmore Cottage in the Windsor Estate.

The Sun also reported in early December that Meghan and Harry turned down an invitation to spend Christmas at Kate and Will's; instead, they stayed at the Queen's Norfolk estate in Sandringham, but reunited with Prince William and his wife for a Christmas Day service.