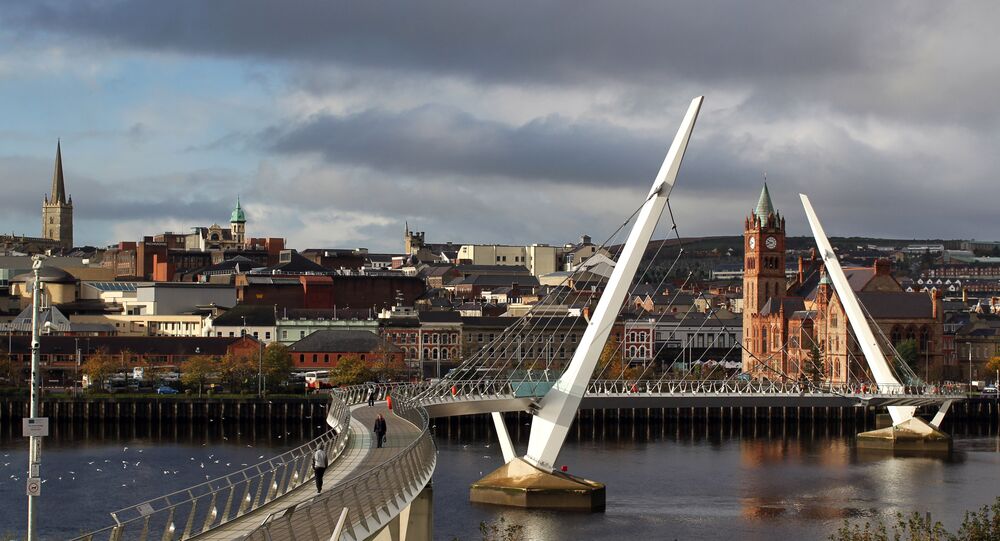 LONDON (Sputnik) - Russian and UK diplomats received visas earlier in December for the first time since March, and this will help to partially compensate for the composition of the diplomatic staff in both countries following mutual expulsions as a result of the Salisbury case, a spokesman for the Russian embassy in London said.

"We saw the rebuttal by the British side. Here are the facts. In December Russia and the UK have, for the first time since March, issued a number of visas for future employees of the diplomatic missions of the two countries, on the basis of reciprocity. This means that the overall number of staff will be partially restored following the damage inflicted by the expulsion of 23 Russian and thereafter 23 British diplomats," the spokesman said.

© AP Photo / Alastair Grant
May Thanks Military for Keeping UK From "Russian Intrusion" in Christmas Address
This comes amid a statement by Russian Ambassador Alexander Yakovenko regarding the forthcoming restoration of the number of Russian and UK diplomats, which was subsequently denied by the UK Foreign Office.

Yakovenko said earlier on Friday that the return of Russian and UK diplomats previously reciprocally expelled from the UK and Russian embassies would start in January.

"We consider the renewal of visa delivery as a step in the right direction. But, as the Ambassador made clear, it is definitely premature to speak of a full restoration of the missions’ capacity. Regrettably, the UK continues to project the existing political difficulties onto the conditions of work of the Russian Embassy in London and the Consulate General in Edinburgh. This, according to the principle of reciprocity, has a bearing on the British missions in Russia. Dialogue on these matters will continue," the spokesman added.

UK-Russian relations deteriorated sharply after London accused Moscow of orchestrating the poisoning of Russian ex-spy Sergei Skripal with the A234 nerve agent in the UK city of Salisbury in early March.

UK Prime Minister Theresa May announced the expulsion of 23 Russian diplomats in response. Russian authorities have refuted the allegations as groundless, and ordered the same number of UK diplomats to leave Russia and for the British Council to cease its operations in Russia.