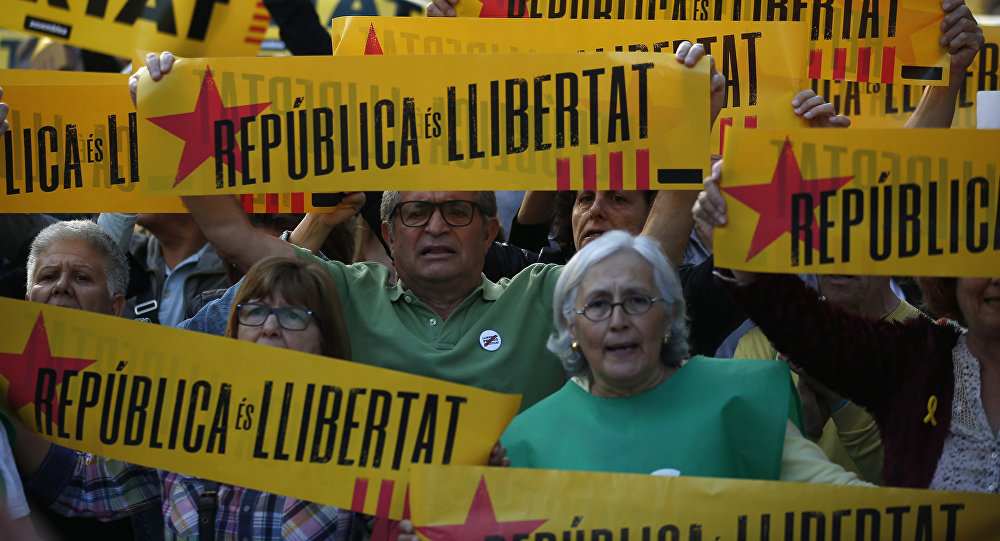 MADRID (Sputnik) – Quim Torra, the head of the Catalan regional government, told Spanish Prime Minister Pedro Sanchez that 80 percent of the residents of Catalonia supported the region’s right for self-determination and its existence in the form of a republic.

"Eighty percent support exercising the right for self-determination at a coordinated binding referendum; 80 percent are against political repressions; 80 percent support republican Catalonia without the Spanish monarchy," Torra said during the event, as quoted in a statement, released by the Catalan regional government.

On Thursday, the two politicians held a meeting in Barcelona after which they signed a joint statement acknowledging "a conflict on Catalonia’s future" and agreed to maintain dialogue in order to settle disagreements between the regional and central authorities. After the meeting, Torra and Sachez attended an official event in central Barcelona.

READ MORE: There Are No Answers to Political Situation in Catalonia – Professor

The meeting between Sanchez and Torra has been overshadowed by protests of Catalan pro-independence activists in Barcelona.

In October 2017, the Catalan government, then headed by Carles Puigdemont, held an independence vote in defiance of the policies of the central authorities, which doomed the referendum illegal. At the vote, over 90 percent of the voters supported Catalonia’s secession from Spain, after which Madrid dissolved the regional parliament and introduced the direct rule over the region.