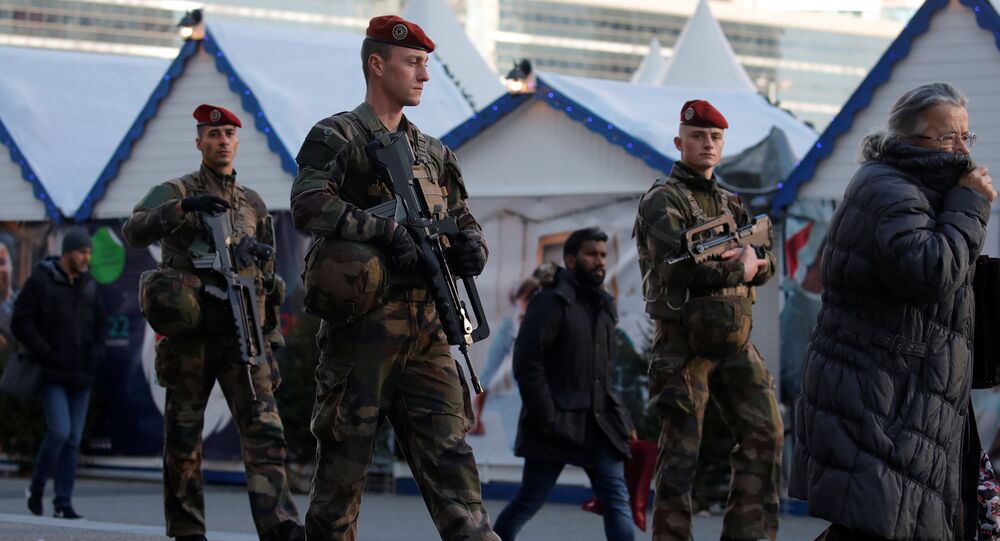 Visitors of Christmas fairs in La Defense business district and the Tuileries Garden must all pass through metal detectors. According to residents, these measures are taken only following major terrorist attacks, but people still come to fairs and do not express discontent over the checks.

© AP Photo / Lionel Cironneau
France Flagged 78,000 People as Security Threats in European Police Database
At the same time, checks are being conducted in a number of cafes in the center of Paris as well as near popular tourist destinations such as the Notre-Dame Cathedral and the Basilica of the Sacred Heart of Paris.

On Tuesday, an attacker opened fire close to the Christmas market in Strasbourg, leaving four people killed. The gunman was identified by police as a local resident named Cherif Chekatt, 29, who was known to the law enforcement for previous offenses. Late on Thursday, the French interior minister confirmed that the suspected shooter had been killed by police.

The Daesh* terror group has claimed responsibility for the attack.