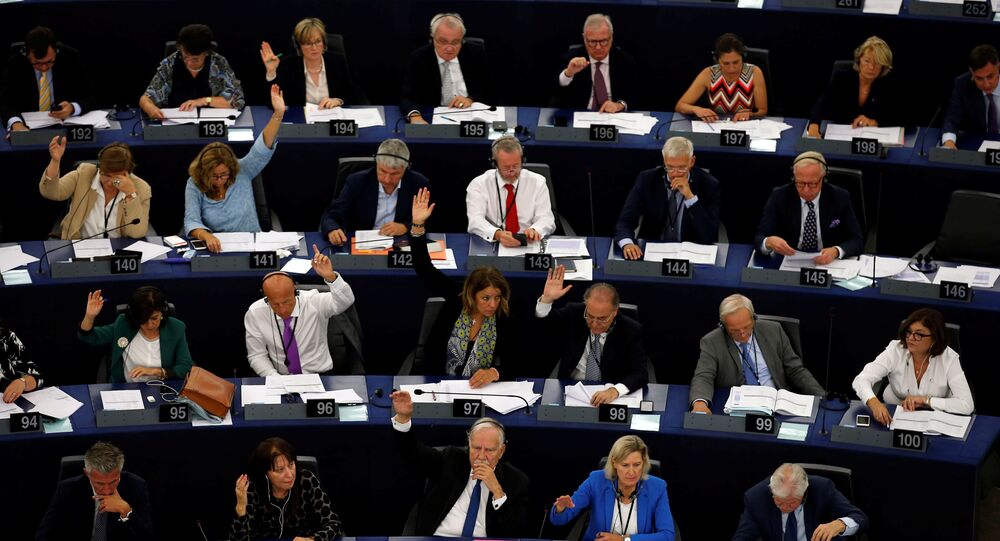 Reacting to the development, the co-founder of the Tory group slammed Brussels’ allegations as “outrageous” and “absurd.”

The Alliance of Conservatives and Reformists in Europe (Acre), a Tory group co-founded by Brexit-supporting MEP Daniel Hannan, has been ordered to repay €535,609 (circa $605,000 at the current EUR/USD exchange rate) for misspending EU funds.

European parliament leaders convened in a close-door meeting earlier this week following an investigation into Acre’s spending, later notifying the group that it is expected to return the funds, according to a Guardian exclusive.

Brussels will reportedly issue a formal demand for the money to be returned next week, arguing it was spent on events of “little relevance” to the bloc.

In addition to this, the group will not receive a scheduled €200,000 payment from the union.

© AFP 2021 / EMMANUEL DUNAND
Brexit, Migration & Budget: EU Leaders Discuss Controversial Issues at Two-Day Summit
Specifically, European parliamentarians questioned why Acre deemed it suitable to spend a quarter of a million euros on a three-day event held at a luxury beach resort in Miami, especially as the audience was largely made up of Americans, and EU-related issues weren’t a major component of the agenda.

Furthermore, the Tory group was also scrutinised for spending €90,000 on a “trade summit” held at a five-star hotel in the Ugandan capital, though UK officials did meet with their African counterparts to discuss post-Brexit trade deals.

Mr. Hannan has been a proponent of Britain’s withdrawal from the EU long before Brexit and dismissed the allegations brought against him as “absurd” and “outrageous.”