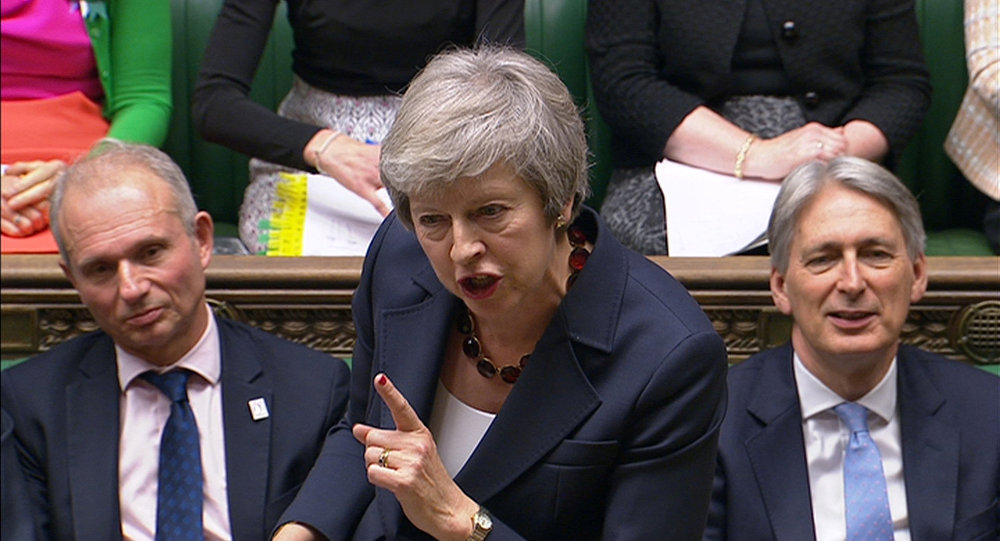 The committee published its report amid growing calls for Labour leader Jeremy Corbyn to push harder for a no-confidence vote against the prime minister, with SNP leader Nicola Sturgeon offering to back such a motion on Monday.

UK Prime Minister Theresa May should stand down if she loses a vote of no-confidence, a parliamentary committee concluded on Tuesday.

Specifically, the Public Administration and Constitutional Affairs Committee said the prime minister would be expected to resign and recommend a successor, unless her “authority [to govern] can be restored.”

If the ruling Conservative Party is subsequently unable to pick a new leader, a general election can be triggered.

“Unless that authority could be restored, the prime minister would be expected to give notice that he or she will resign, but only when he or she is in a position to recommend to the sovereign an alternative person to form a new administration,” the parliamentary committee said on Tuesday.

© REUTERS / Francois Walschaerts
There's No Room for Talks, There's Room for Clarifications on Brexit - Juncker
The committee’s report clarifies what should happen following a no-confidence vote, as the Fixed-term Parliament Act, which was passed in 2011, does not specify the next steps if a no-confidence motion is passed and a new government is formed without the holding of a fresh general election.

Commenting on the matter, committee chair Bernard Jenkins stressed the importance of the government needing the confidence of the Commons to democratically rule.

Elaborating, Jenkins said “We have made clear, for both MPs and the public, what would be expected to happen if the House were to express 'no confidence' in the government.”

Last month, following the unveiling of PM May’s widely criticized Brexit deal, a number of Tory MPs submitted letters to the 1922 Committee calling for a vote of confidence to be held, but they were unable to secure enough backers to get the motion in process.

LIVE UPDATES: Situation Over Brexit as May Goes to Brussels for Further Talks