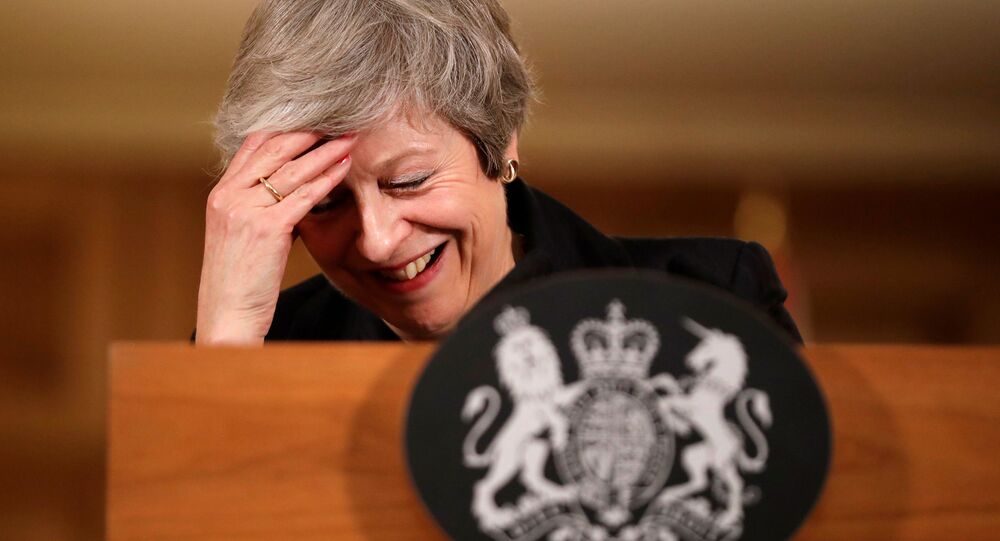 Following UK Prime Minister Theresa May’s decision to postpone the key parliamentary crunch vote until further notice due to a lack of support from MPs, the findings of a Brexit poll have been published, confirming the draft deal she secured is equally unpopular with the general public.

Just 19 percent of Brits think the prime minister’s draft Brexit deal honours the result of the 2016 referendum, a fresh poll has found.

Specifically, 46 percent of the sample in the latest Lord Ashcroft poll said they don’t think the deal honours the leave vote narrowly achieved in the referendum over two years ago, with 35 percent describing themselves as unsure.

However, 36 percent still preferred the deal over a no-deal Brexit, while 30 percent deemed it be even worse than crashing out of the European Union without any sort of deal or bespoke trade arrangement.

© AP Photo / Thierry Charlier
Brexit Fiasco: Five UK Politicians Who Could Benefit From Theresa May's Downfall
The draft deal has come under heavy fire since it was revealed in November, with countless MPs slamming it as a “betrayal” of Brexit, warning it could keep Britain locked in the EU customs union long after the Article 50 deadline.

Cross-party MPs, including a sizeable number of Tories, threatened to vote against the deal, prompting PM May to delay the vote, which was initially scheduled to take place today, as she had virtually no chance of getting it through the Commons.

The Brexit poll found 53 percent of Brits to be in favour of MPs voting down the deal “even if it is not clear what the outcome would then be”, with just 24 percent wanting lawmakers to approve the deal as an “imperfect compromise.”

It is currently unclear when the vote will indeed take place, but a government spokesperson on Tuesday said it will run before January 21 – just two months before the Article 50 deadline.

READ MORE: ‘May Is Finished – Good Riddance I Say: Now Let’s Get the Flock Outta Here’