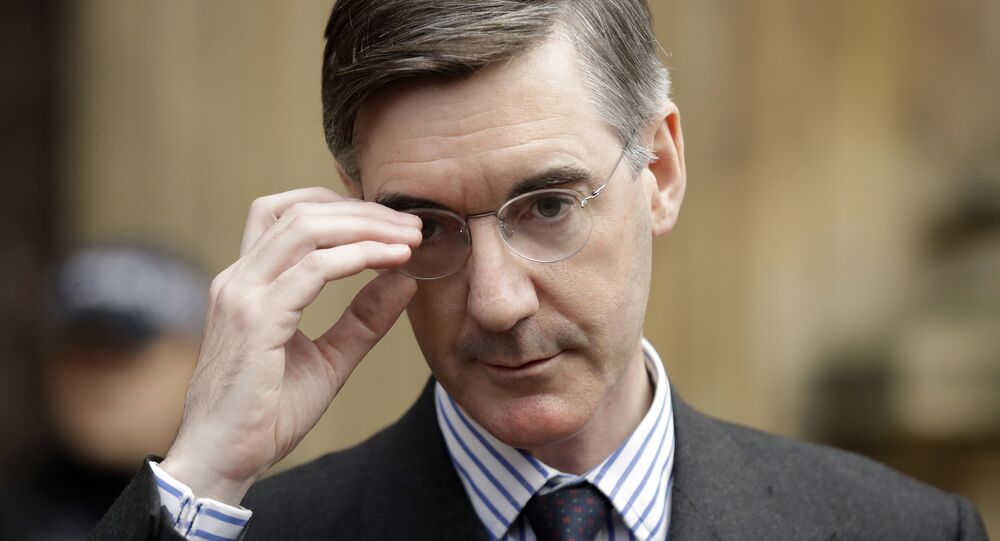 Captain Mainwaring: MP Rees-Mogg Urges Tories It's "Now or Never" to Oust May

Last week, the North East Somerset MP called on colleagues, angry at the draft Brexit deal agreed by Mrs May, to join him in handing in letters of no confidence in her leadership.

Conservative MP for Northeast Somerset Jacob Rees-Mogg has urged his Tory colleagues to back a bid to oust UK prime minister Theresa May following outrage over her Brexit draft deal.

Rees-Mogg admitted he struggled to garner the 48 letters of no confidence needed to unseat the embattled prime minister, but told colleagues it was "now or never" to make it happen.

The 1922 Committee is an 18-member executive group of Conservative MPs currently chaired by Sir Graham Brady that oversees party affairs and can contest a prime minister's leadership if 15 percent of Tory MPs submit letters of no-confidence.

© AP Photo / Thierry Charlier
MP Rees-Mogg Names Five Favourites to Succeed PM May if She's Ousted
Doing so would automatically trigger a vote of no confidence and would require over 50 percent of Conservative MPs to back Mrs. May in order for her to keep her job.

The top Tory voiced his anger over Mrs. May's draft Brexit agreement last week and after four days of party infighting, Mr. Rees-Mogg expressed frustrations that his efforts alongside other pro-Brexit Conservatives were stymied by a lack of support.

"Getting the 48 letters is showing to be quite difficult," he said at an ERG event in central London on Tuesday. "So the idea that within a year you just repeat the process and then she would go at that point I don't think that is realistic.

"I think the Prime Minister will lead the conservatives into the next election," Mr. Rees-Mogg continued. "And if you find MPs privately who think that is a good idea in any number, I would be quite surprised."

He also called for patience as Commons will soon vote on the draft Brexit plan, which will determine the prime minister's future.

"I have always admired Captain Mainwaring," Mr. Rees-Mogg replied when asked if the mutiny reminded him of Britain's wartime programme Dad's Army.

But one Tory MP accused Rees-Mogg and Boris Johnson of ‘phone begging' despite rallying support to topple the PM.

"Even if they get the names it's a pretty lame effort," the MP told Politics Home.

"Waiting until she brings this withdrawal agreement out is too bloody late," a former minister said, adding that "we could have changed leader earlier — but doing it now will just make the party look completely shambolic — it's like regicide."