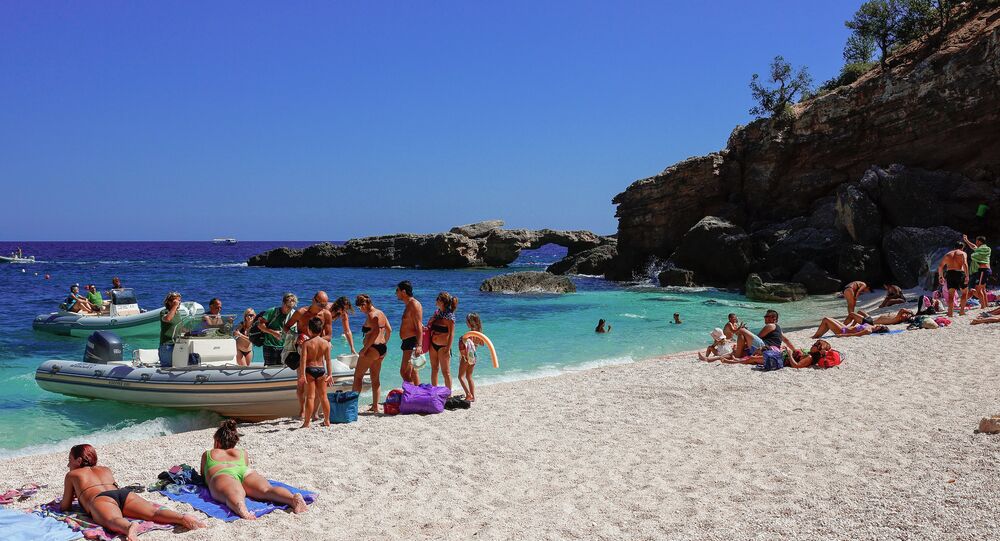 The perpetrator is allegedly a young homeless Somalian, who arrived in Italy through the Sicily and obtained a protected status from the country’s authorities a month ago.

A 20-year-old Somalian attacked a 68-year-old woman at a beach in the central Italian region of Abruzzo, where she was sunbathing. According to the local outlet Repubblica, he pushed her so she hit her head against the pebbles, and forced her to have sex. She managed to escape the attacker, jumping into the sea, before the police arrived.

The pensioner was taken to hospital with a head injury and skin abrasions.

"I was afraid he wanted to kill me, but luckily I managed to break free," she reportedly told the doctors treating her.

The suspected attacker has been arrested. According to the outlet, he is a twenty-year-old homeless Somali who lives in Italy and has protected refugee status. He reportedly received it a month ago, almost a year after he arrived at the Italian island of Sicily, which one of the gateways for migrants heading to Europe from Africa across the Mediterranean.

Italian Deputy Prime Minister Matteo Salvini, who is head of the populist party Lega and one of the most vocal advocates of stricter migration control, condemned the violent incident on Twitter.

“A 20-year-old Somali, who arrived in Italy on a barge, strips naked and then attacks a 68-year-old woman, wounding her and sexually assaulting her. This is gratitude for obtaining protection from Italy! WORM!” he posted.

He also slammed his opponents, who commonly criticize his tough stance on migration.

“How can you even think of doing such a thing? Where are the radical feminists??? With anything else than "Salvini is too bad": #zerotolerence against those so-called 'refugees' who bring a war to us,” he tweeted.

Italy is pursuing a hardline policy on migration, with Salvini claiming that the country cannot remain what he referred to as Europe's "refugee camp" while neighboring countries close their borders. Italy is reportedly one of the most popular destinations and entry points among migrants, accounting for nearly 22,000 sea arrivals since the beginning of this year alone.