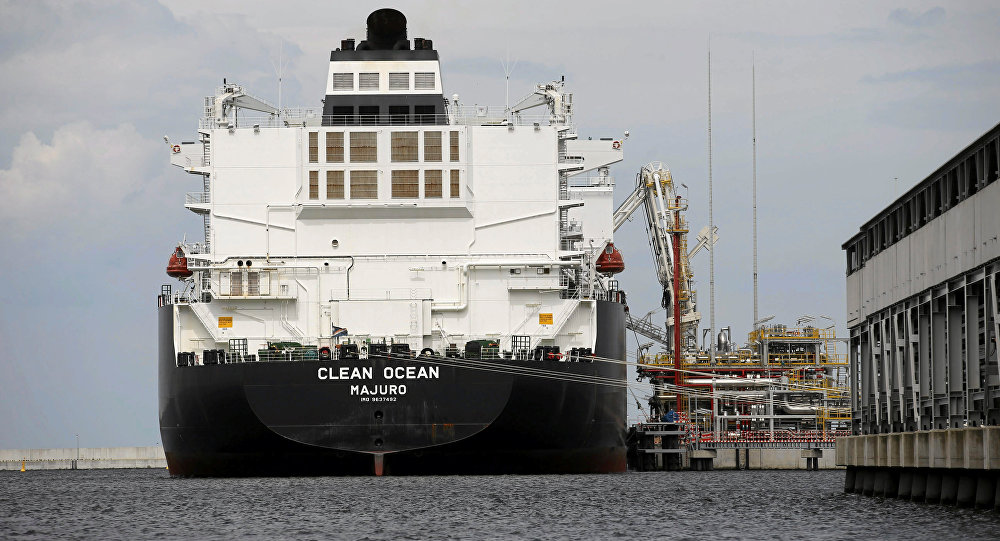 WASHINGTON (Sputnik) - The United States and Poland launched a Strategic Dialogue on Energy, which includes a goal of increasing US shipments of liquefied natural gas (LNG) to counter Russia’s position as Europe’s main supplier, Energy Secretary Rick Perry said in a statement.

"This morning I signed a MOU [memorandum of understanding] with Secretary of State… for Strategic Energy Infrastructure Piotr Naimski to formally launch the US-Poland Strategic Dialogue on Energy," Perry said via Twitter. "The United States is ready to work with Poland on cybersecurity, nuclear, fossil, and energy infrastructure."

A speech prepared for Perry spelled out expectations for both nations, with an emphasis on expanding Polish imports of US.

"After Poland and Lithuania opened their [liquefied natural gas] terminals, they saw dramatic reductions in pricing and were able to decrease reliance on Russia," Perry explained. "The growing availability of liquefied natural gas provides leverage when negotiating contracts with Russia."

Perry noted that many European nations are highly dependent on a single supplier, Russia, which he said provides 75 percent of natural gas needs for 13 nations in Europe.