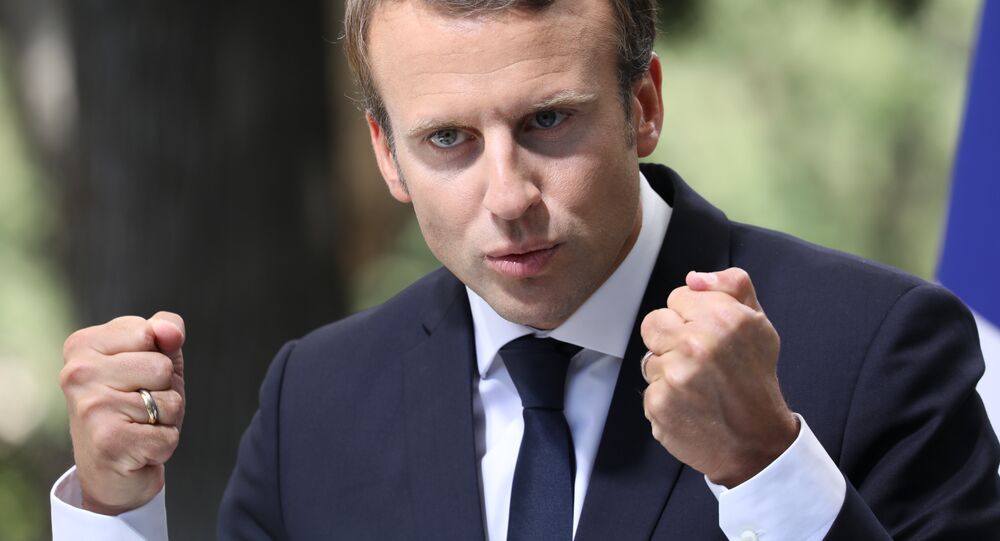 The French president urged citizens of the populous European country to be like Charles de Gaulle, the 20th-century general and politician, and avoid complaining in the face of economic difficulty.

During a visit to the northeastern village of Colombey-les-Deux-Eglises — de Gaulle’s home and burial place — on Saturday, French President Emmanuel Macron, after announcing significant cuts to pensions in the nation, cited the wartime leader, according to the Independent.

“You may speak very freely but the one thing you have no right to do is complain,” Macron said, citing de Gaulle, and adding: “I think the general had the right idea. The country would be different if everyone did the same.”

“We don’t realize how immensely lucky we are. We are seeing more and more elderly people in our country in good health,” Macron added, referring to social welfare budget cuts.

Earlier, during celebrations of the 60th anniversary of the country’s de Gaulle-introduced constitution, Macron claimed that the durability of France’s presidential system “allows me to avoid the tyranny of immediacy, which is an absurdity of our times, which means day-to-day vagaries should not decide a nation’s course.”

© Photo : Kai Pfaffenbach
France's Automatic Asylum Policy for Child Migrants Raising Costly Dilemma
Macron is said to be a huge fan of de Gaulle, the most popular political figure in modern French history. A book of war memories by the general prominently featured on Macron’s desk is shown in the president’s official photograph. Macron announced earlier this year that he would seek to reduce the number of French lawmakers by a third and, in a move similar to that made by his hero, would make French institutions more efficient and create economic growth while countering far-right populism.

“It was the spirit of 1958, it must be that of 2018, because today as then and today perhaps more than then, the people want to feel listened to by political elites constantly asked to prove themselves,” Macron said in a Thursday speech.

Last week the French government decreed significant budget cuts, revealing billions of euros in tax relief for businesses and households. Pensions and welfare benefits are expected to be sharply reduced in next year’s budget, as well. Macron told reporters in June that France had spent “a crazy amount of dough” on social programs.

Last month the French government saw a series of resignations by senior ministers, including Environmental Minister Nicolas Hulot, Sports Minister Laura Flessel. The French Interior Minister, Gerard Collomb, stepped down from his post this week to prepare for a 2020 run for mayor of Lyon.