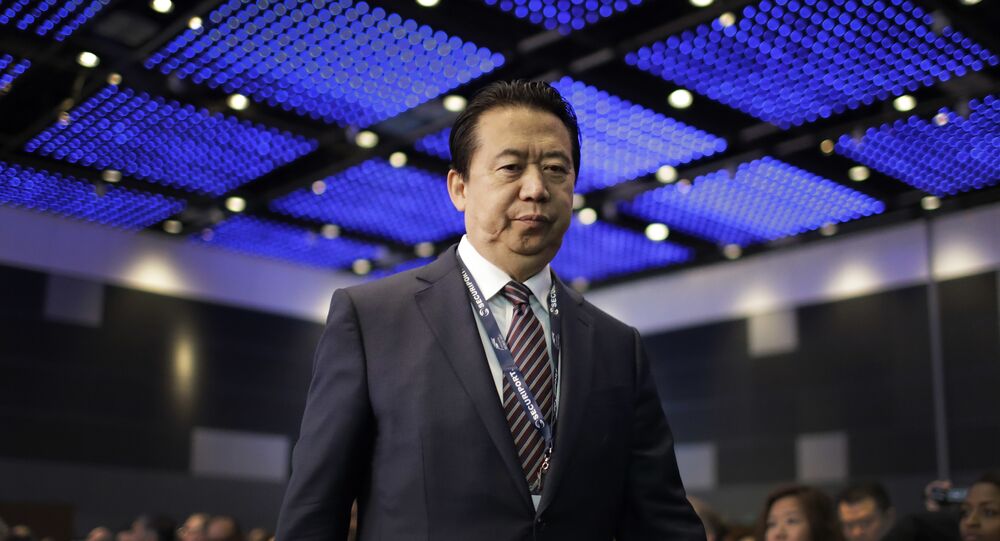 According to Le Parisien sources, Meng is suspected of assisting a certain company in obtaining a cybersecurity contract, and is currently under investigation.

© AP Photo / Wong Maye-E
Interpol Requests China's Official Response Amid Concerns Over Agency's President's 'Well-Being'
Earlier, French media reported that the Interpol president, Meng Hongwei, has been missing since he traveled to China in late September. Meng's wife, who resides in France's Lyon, the same city where Interpol is headquartered, reported to the police her husband missing on Friday, having not heard from him since 25 September when he traveled from France to his native China.

Chinese media said later that Meng, who also serves as the Chinese deputy public security minister, was taken for interrogation soon after landing in China a week ago.