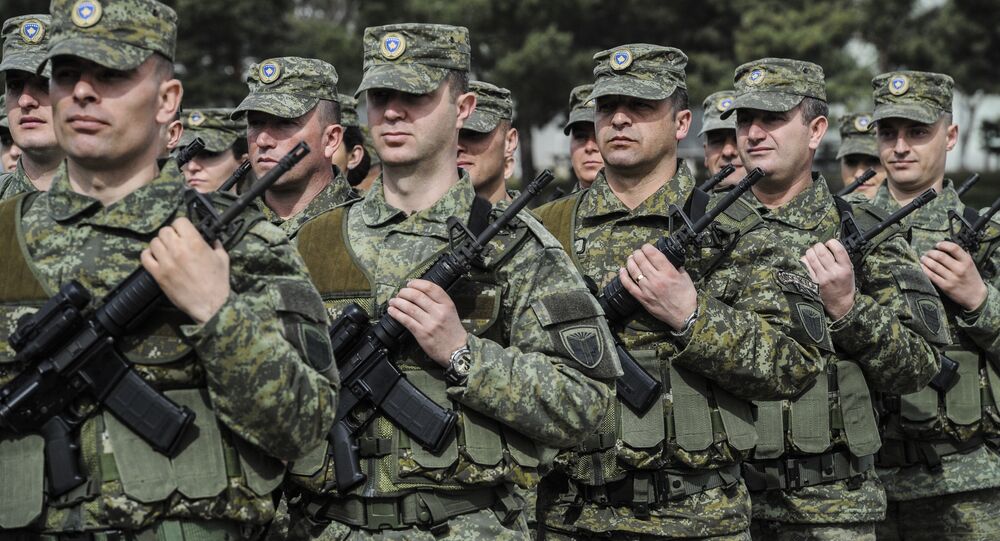 BELGRADE (Sputnik) - The United States supports Kosovo’s plan to create a national army that meets NATO standards and is defensive in nature, the US Embassy in Pristina said on Friday.

In a statement aired by Kosovo’s national radio and television, the mission said that it would back a transparent transformation of the Kosovo Security Force (KSF) into a professional, multinational, and NATO-compatible army that will be limited to defending Kosovar territory.

It added that no country could veto this change after Serbia and the Serbian minority in the Albanian-dominated Balkan country opposed what Prime Minister Ramush Haradinaj called a plan to create a regular army with the United States' "blessing."

© Sputnik / Oleg Ivanov
Serbia Cancels Alert for Special Forces After Brief Kosovo Tensions - Ministry
Earlier this week, the parliament’s internal affairs and security committee approved a number of bills related to the KSF's transformation. They now need the approval of the entire parliament to be passed.

In September, Kosovo’s cabinet unanimously voted for the transformation.

Earlier, the US Embassy urged the Kosovar government to build an inclusive armed force to reflect the country’s multinational nature. It said that from now on the process would be coordinated with NATO allies and that Kosovo's authorities would cooperate with all citizens.