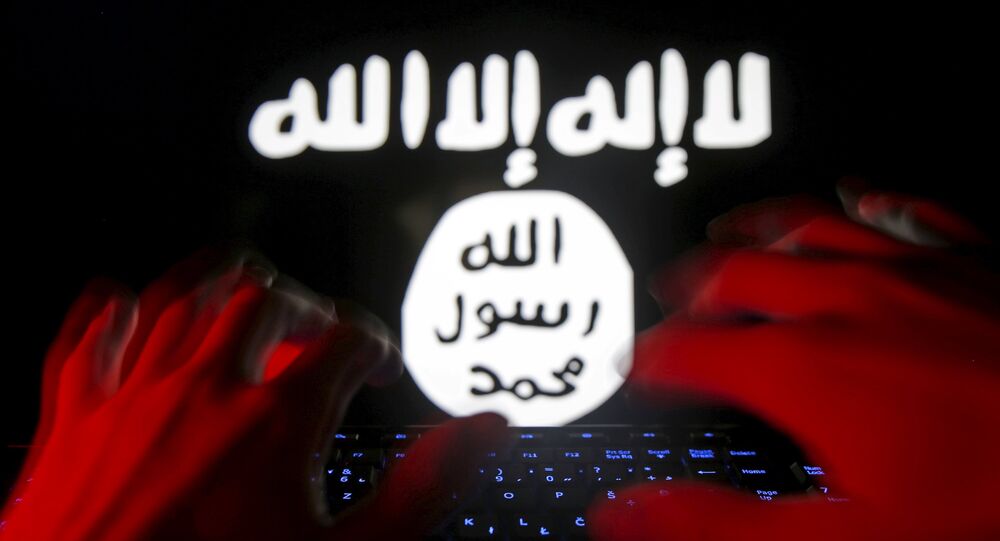 The informal banking system, which has roots in middle-age Islamic beliefs, is notoriously hard to supervise, which makes the exact extent of terrorism financing almost impossible to calculate, a senior Swedish terrorism researcher noted.

So-called hawala banks were used to finance notorious Swedish-born Islamist and Daesh* terrorist Michael Skråmo, who in 2014 took his wife and four children to Syria and joined the outlawed Islamist group, Swedish terrorism watchdog Doku reported, noting that terrorist networks in other parts of the world may be financed using the same or similar channels.

According to a receipt obtained by Doku, a 24-year-old man from Gothenburg sent money to Daesh figure Waleed Ahmed Zein who was described by the US Treasury as a "dangerous terrorist" and arrested earlier this year. At present, Waleed Ahmed Zein is being prosecuted for having transferred over $150,000 to Daesh in Syria, Libya and Africa. According to Doku, the roughly $895 sent to Zein was intended for Skråmo. The transfer occurred via Dahabshiil, a corporate chain with offices in more than 120 countries.

Magnus Ranstorp, a senior terrorism researcher at the National Defense College, confirmed that using hawala for terror financing was "not uncommon." He confirmed instances of contacts sending money directly to Daesh via the hawala system. The exact amount of money transferred is difficult to track down, due to lack of control, he pointed out.

Although the sums sent on individual occasions may seem quite small and insignificant, the total amount may be quite impressive, Ranstorp said.

"There is actually a ton of money in these milieus. This reveals shortcomings in our supervisory bodies. Just hawala is one of the hardest activities to supervise, because it's so informal," Ranstorp said, citing the lack of control mechanisms.

Poor traceability is the foremost problem, according to Ranstorp, who added that a crackdown on hawala would be unthinkable, due to the fact that it is often used for humanitarian reasons. Many foreign diasporas in Sweden, such as the Somalis, are heavily dependent on it. Nevertheless, hawala banks have been banned in some US states based on suspicions that the 9/11 attacks in 2001 were financed using hawala.

Earlier this year, the Swedish government appointed a joint group of specialists representing various authorities and tasked with examining the activities and evaluating the scope of hawala banks. Sweden's Financial Supervisory Authority has already reported that these banks often appear in connection with criminal charges related to terrorism and other crimes.

The origins of the hawala banks can be traced as far back as the eighth century. The system is based on Islamic beliefs and Sharia laws and operates on the merit of honor and trust. Hawala is an informal system of money transfer based on trust and the expectation that debt is subsequently regulated. Most often, no proper verification is provided. This type of banking is mostly used in countries with poorly-developed financial institutions, where ordinary banks are struggling to conduct business, mainly in the Middle East and North Africa.

* Daesh (IS/ISIS/ISIL) is a terrorist organization banned in Russia