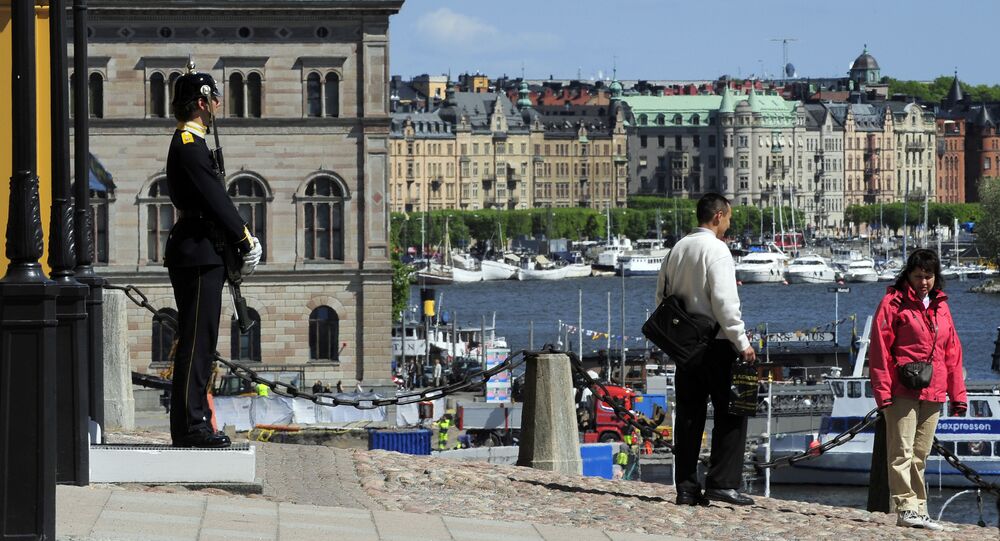 Chinese citizen Zeng reported earlier this month on his family, including aged parents, being dragged out of a Stockholm hotel on to the ground outside, before being taken in a police car to a menacing graveyard outside the capital. Nevertheless, two weeks later, the alleged victim is still waiting for Swedish authorities to formally respond.

According to spokesman for China’s Foreign Ministry Geng Shuang, the ministry and the Chinese Embassy in Stockholm had requested the incident, in which police allegedly took a Chinese family for refugees, to be thoroughly investigated, but they hadn’t yet received a response to this end, which he said is “not in line with diplomatic norms and international practice.”

“We again call on the Swedish side to pay attention to China’s concerns and take measures to protect the safety and legitimate interests of Chinese tourists,” he affirmed during a press conference.

On Sunday, China’s Ambassador to Sweden Gui Congyou accused Swedish police of ignoring his calls to meet and discuss the incident.

“We have notified the Swedish government and demanded a meeting with Swedish police,” he told Swedish daily Aftonbladet in an interview on Sunday, adding that they were puzzled by not receiving a response despite two weeks having passed since the incident.

He emphatically questioned the idea that the Chinese family Zeng breaking Swedish law: “If they had, why didn’t the police and hotel staff immediately contact the embassy?” he asked, adding that they had informed “all relevant government authorities,” most of which replied saying they were not responsible.

The alleged mistreatment of three Chinese tourists occurred on September 2, prompting the Chinese Embassy to duly react. On that day, a Chinese man called Zeng and his elderly parents travelled together to Stockholm, but having arrived before the check-in time to the Generator Stockholm hostel, they were not allowed to go to the room or rest in the lobby.

When they refused to leave the premises, the hotel staff called the police and the officers reportedly dragged them out, despite Zeng’s father suffering from a cardiovascular disease and starting to twitch at some point. They were then reportedly taken by car to the Stockholm outskirts and thrown into the darkness of a graveyard outside the city — after being interrogated whether they were Chinese refugees and aimed to resort to violence.

The location notably features in a set of Zeng’s pictures obtained by Chinese media outlet The Global Times. "I could not imagine this happening in any modern country, especially Sweden, the hometown of the Nobel Prize," the man said.

"It is so sarcastic that they talk about human rights all the time," Zeng stated, adding that he is still looking for an explanation, apology and compensation from the Scandinavian country.

The hotel staffers reiterated, meanwhile, to Aftonbladet that the Chinese guests had virtually arrived the day before their booking and refused to leave, adding they had to call the police when the tourists began to voice threats.

Addressing what they called “brutal abuse” late last week, the Chinese Embassy in Stockholm voiced concerns about the safety and legitimate rights of their citizens visiting Sweden and therefore subsequently came up with a safety alert centering on more frequent incidences of passport or wallet thefts, which Ambassador Gui said amount to at least two daily, as well as cases of Chinese tourists being poorly treated by police.