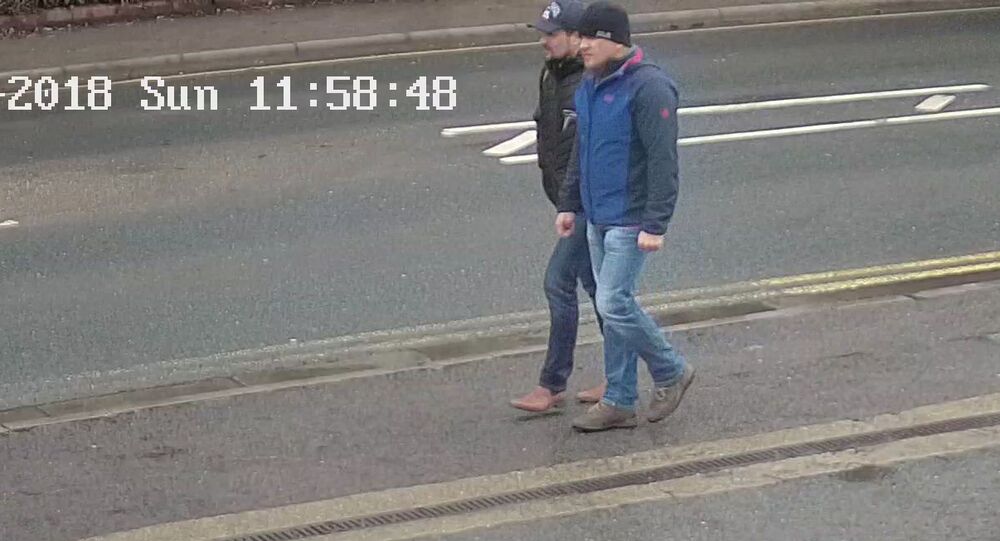 Russian President Vladimir Putin has dropped a bombshell on the Skripal inquiry by confirming that Russian authorities had "found" the two men British authorities suspect attempted to murder Sergei Skripal and his daughter Yulia. In light of the revelation, Sputnik has rounded up the key details about the accused.

'We Know Who They Are'

Speaking at a plenary session of the Eastern Economic Forum in Vladivostok on Wednesday, President Putin confirmed that authorities "had of course checked out who these people are," and now "know who they are."

"We've found them, and hope they will come forward and tell us about themselves. This would be best for everyone," Putin added. "There is nothing special here, nothing criminal, I assure you."

Stressing that the "suspects" were civilians, and not members of Russian military intelligence, as claimed by the British government, Putin issued a personal appeal to the men to "come forward" to the media. Later in the day, Russian state television said that one of the two men suspected by the UK would comment on the case next week.

© REUTERS / Metroplitan Police
Putin Says Russia Knows Who Salisbury Incident Suspects Are, London Accuses Moscow of Lies
Last week, London Police released the names and photos of two suspects they said were behind the Skripal poisoning attack. It was said that the two men, believed to be about 40 years old, traveled to the UK from Moscow with Russian passports under the names Alexander Petrov and Ruslan Boshirov. The police said they couldn't exclude that the names may have been aliases. In Wednesday's remarks, President Putin made no reference to the men's real names.

In addition to the names and photos, the police showed a series of still CCTV images of the men walking around London and Salisbury between March 2 and March 4, including, allegedly, near the Skripals' Salisbury home. There, the police said, the suspects contaminated the house's front door with "Novichok," a nerve agent produced in the Soviet Union whose chemical formula the US and its allies have known about since the USSR's demise.

No footage of the crime itself has been shown, but the police did say that samples taken from the hotel where the suspects stayed, which were taken on May 4, showed traces of "Novichok" at levels below that which would be a health hazard to the public. Later attempts to find more samples of the chemical turned up empty-handed, with police attributing this to the low trace levels of the agent initially found.

In addition with the assassination attempt itself, Petrov and Boshirov face at least three other charges, including conspiracy to commit murder, the use of chemical weapons, and causing serious bodily harm to DS Nick Bailey. Prosecutors from the counterterrorism unit of the Royal Public Prosecutor's Office said they already have "sufficient grounds for conviction." If convicted, the suspects would face life in prison. The UK does not have the death penalty.

No Cooperation With Russia

On Monday, the UK formally asked Interpol to issue arrest warrants for Petrov and Boshirov. Earlier, the police issued a European arrest warrant. The UK did not make a request for the suspects' extradition from Russia, however, and formally refused Russia's requests for more information, including the suspects' fingerprints, a requirement for Russian citizens seeking UK visas.

© REUTERS / Metroplitan Police
Alleged Suspects in Skripal Case Traveled to Geneva Before Poisoning - Reports
After the release of the alleged suspects' names, UK media published flight ticket details appearing to show Petrov and Boshirov booking nine separate flights to and from Geneva between November and February. During this time, the suspects were also believed to have traveled to Paris, Amsterdam and Bergamo, Italy, according to The Telegraph.

Although the Metropolitan Police were careful not to implicate anyone other than Petrov and Boshirov directly, Prime Minister Theresa May did not shy away from concluding last week that the men were "officers from the Russian military intelligence service, also known as the GRU."

© Sputnik / Нэнси Сисель
Skripal Skeptics: Which Countries Didn't Agree With UK's Assessment of Case at UN
Stressing that the Russian intelligence agency was "a highly disciplined organization with a well-established chain of command" May claimed that the Skripal attack was "not a rogue operation," and that it was "almost certainly also approved outside the GRU at a senior level of the Russian state."

Moscow, which has rejected London's claims of involvement in the Skripal crime since the beginning, again rejected the prime minister's claims of state involvement, with presidential spokesperson Dmitry Peskov reiterating that "neither the top leadership, nor the leadership of the ranks below, nor any official authorities had anything to do with the events in Salisbury."

Former GRU officer Sergei Skripal and his daughter Yulia fell victim to a suspected poisoning attack by what UK authorities have said was the "Novichok" nerve agent in the southern English city of Salisbury on March 4, 2018. The British government almost immediately blamed Russia for the crime, leading to a diplomatic spat between the two countries. Moscow, which destroyed the last of its chemical weapons in 2017 under the supervision of the Organization for the Prohibition of Chemical Weapons, denied the charges and called for a joint investigation. Sergei and Yulia were released from hospital in April and May and taken to an undisclosed location by UK authorities.