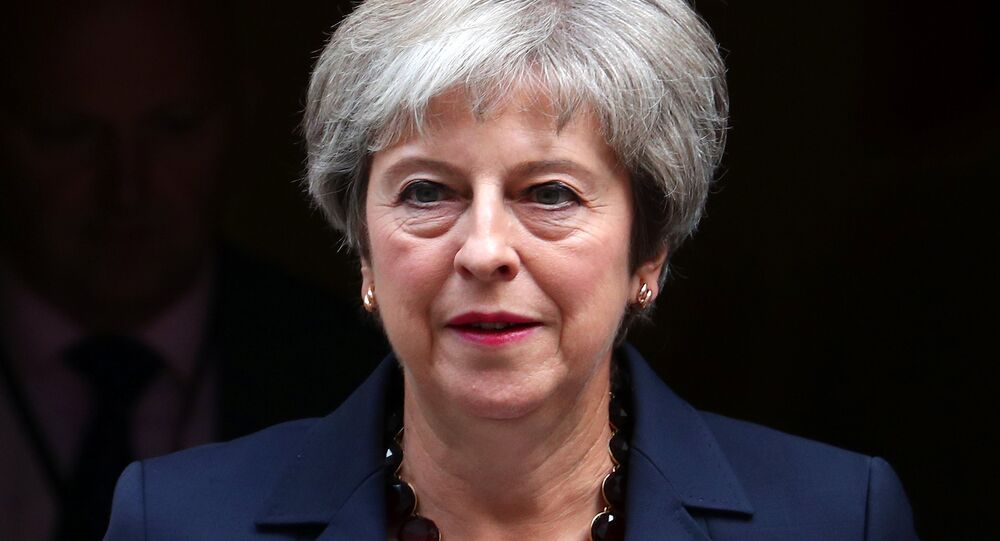 "We were right to say in March the Russian state was responsible," said the UK Prime Minister Theresa May, addressing the Parliament on Wednesday with an update on the Salisbury incident.

"Based on the body of intelligence, the government has concluded that the two individuals named by the police and CPS are officers from the Russian military intelligence service, also known as the GRU. GRU is a highly disciplined organization with a well-established chain of command," Mrs. May told the parliament.

She added that "this was not a rogue operation."

"It was almost certainly also approved outside the GRU at a senior level of the Russian state."

Mrs. May recalled the outcome of the Salisbury investigation, details of which have been released earlier during the day by the Crown Prosecution Service.

She called Salisbury and Amesbury incidents a "poisoning and sickening act."

Mrs. May listed a number of measures Britain took since March 2018, including the introduction of a new power at the UK border to detain people to determine their engagement in "hostile state activity" and expulsion of Russian diplomats from the UK.

The PM then went on to call for a collective effort in tackling Russian intelligence agency.

"The actions of GRU are a threat to all our allies and to all our citizens. And on the basis of what we've learned in the Salisbury investigation and what we know about this organization more broadly, we must now step up our collective efforts specifically against the GRU," she said.

"The Russian state needs to explain what happened in Salisbury," the UK PM also said, addressing the parliament.

The leader of the opposition Jeremy Corbyn said in response to the PM's statement that Britain's "response as a country must be guided by the rule of law, support for international agreements and respect for human rights."

The infamous former Foreign Minister Boris Johnson addressed his fellow MPs, criticizing Mr. Corbyn for failing to condemn the "involvement of the Russian state at the highest level in the Salisbury poisonings."

Answering the questions by MPs, Mrs. May alleged that the nerve agent incidents were probably a message to other Russians living overseas.

"I suspect that they wanted to give a message to those Russians who were living elsewhere who had been involved in matters relating to the Russian state," May told parliament. "But it is up to the Russians to explain what happened in Salisbury."

UK prosecutors announced on August 5 they have charged two Russian men — identified as Alexander Petrov and Ruslan Boshirov — with the nerve agent poisoning of ex-spy Sergei Skripal and his daughter Yulia in Salisbury.

The Crown Prosecution Service said Britain won't be applying for extradition of the two men, "as the Russian Constitution does not permit extradition of its own nationals."

Sergei and Yulila Skripal were hospitalized due to a nerve agent poisoning on March 4, 2018. They were subsequently discharged by June. Their current whereabouts of the father and daughter have been unknown, while the Russian embassy suggested that the Skripals could have been manipulated.

British nationals Dawn Sturgess and Charlie Rowley were reported infected by the same nerve agent in Amesbury. Ms. Sturgess died in the hospital on 8 July.

Moscow, in its turn, has strongly denied any involvement in either incident, denying all allegations as groundless. Russia offered the UK its assistance in the Skripal investigation. Within a month of the alleged poisoning, Russia's proposal for a joint investigation into the incident was voted down at the Organization for the Prohibition of Chemical Weapons, the international chemical weapons watchdog.