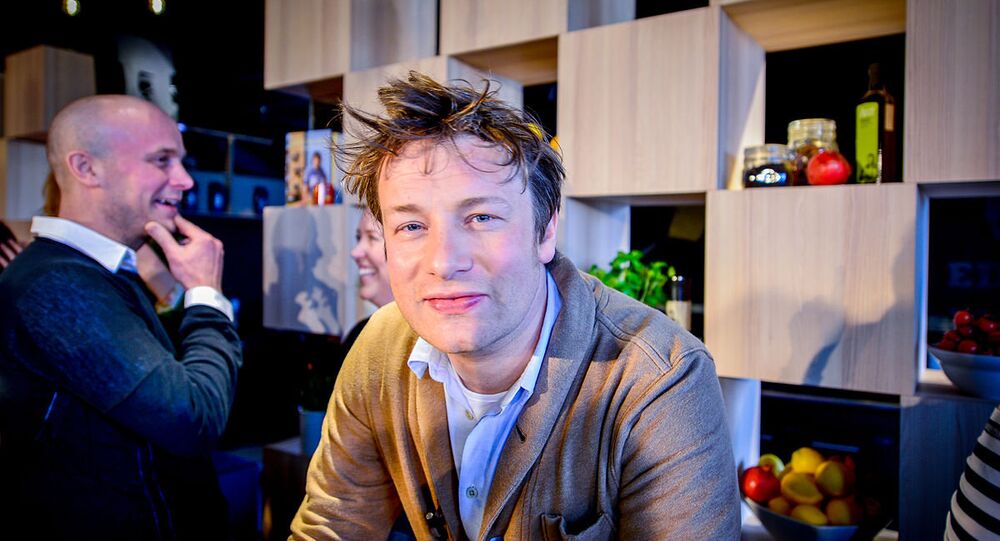 TV Chef Jamie Oliver Chases Burglar, Pins Him Down to Ground at His Family Home

It is believed that the criminal tried to break into a house thought to be owned by model Kate Moss before targeting celebrity chef Jamie Oliver’s mansion in North London.

Jamie Oliver is now being hailed as a local hero by neighbors after he chased a burglar down the street and tackled him to the ground until police arrived last Tuesday.

READ MORE: 'There is No Bathroom': Teacher Issues Monthly Restroom Passes to Students

The would-be thief was trying to break into his £9 million, eight-bedroom house in North London when Jamie heard some noise and didn’t hesitate to show courage, having rushed to the home, where his entire family – wife and five kids – was at the time of the incident.

“Jamie was alerted to something wrong when he heard a massive commotion coming from his neighbor’s house. He was face to face with the burglar himself as he tried to smash his way into his house as well. Jamie went absolutely mad and sprinted after the man down the street before catching up with him and pinning him down to the floor,” the Mirror cited an unnamed source as saying.

Heard Jamie Oliver apprehended his burglar by pushing him into a massive pot of blamanche. The miscreant is now in protective custardy.

God now I know I need glasses. Saw Jamie Oliver then read the rest as a cheese burger. No it’s ok I now see it as ‘chases burglar’ in case DVLA watching. True story. https://t.co/2lBqPDOqXC

The source also added that Jamie’s driver and some neighbors joined the TV star to help him hold the intruder down until cops arrived to detain him.

“At 7.13pm on Tuesday, 4th of September, police were called to reports of an aggressive male attempting to gain entry to residential addresses in N6. The male was apprehended by members of the public and was subsequently detained by police. He was taken to a north London police station where he remains at this time. Officers from Central North Command Unit are investigating,” a spokesman for Scotland Yard said.