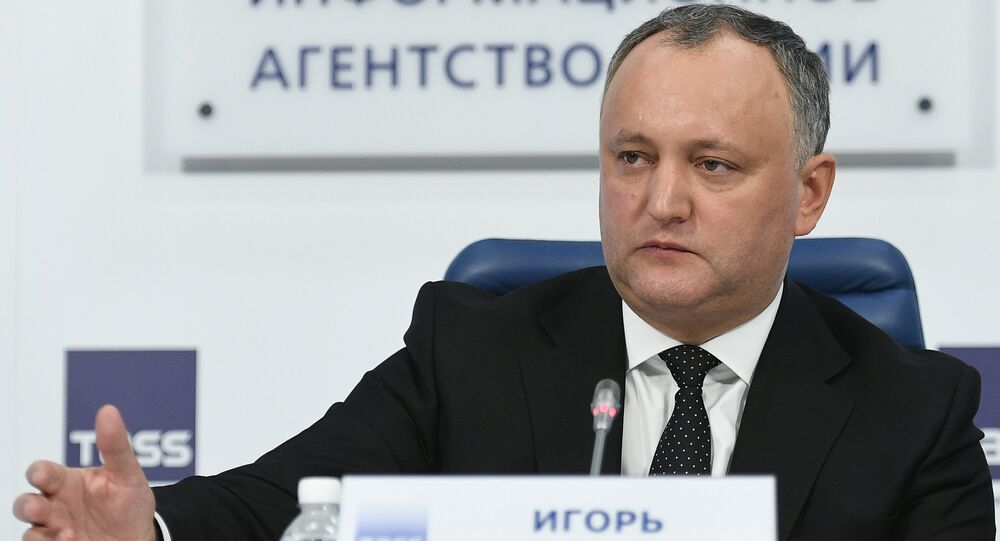 Moldovan President Igor Dodon’s motorcade collided with a truck on the Straseni - Calarasi highway, the Publika.md broadcaster reported on Sunday.

"Two cars from the president’s official motorcade were involved in a traffic accident. The persons in the vehicles have been provided with medical assistance," the press service for the Moldovan police stated.

According to the police, the president's car rolled over during the accident and Dodon was sent to a hospital.

Later, a presidential adviser Maxim Lebedinschi stated that Dodon had no need for medical help due to the accident, adding that the collision was caused by a vehicle that had violated traffic regulations.

The outlet added that the Moldovan president's mother was injured during the accident. However, the Presidential Office has later disproved those reports, stating that the family member of the President were not harmed.

Dodon Pledges to Prevent Escalation of Conflict in Transnistria