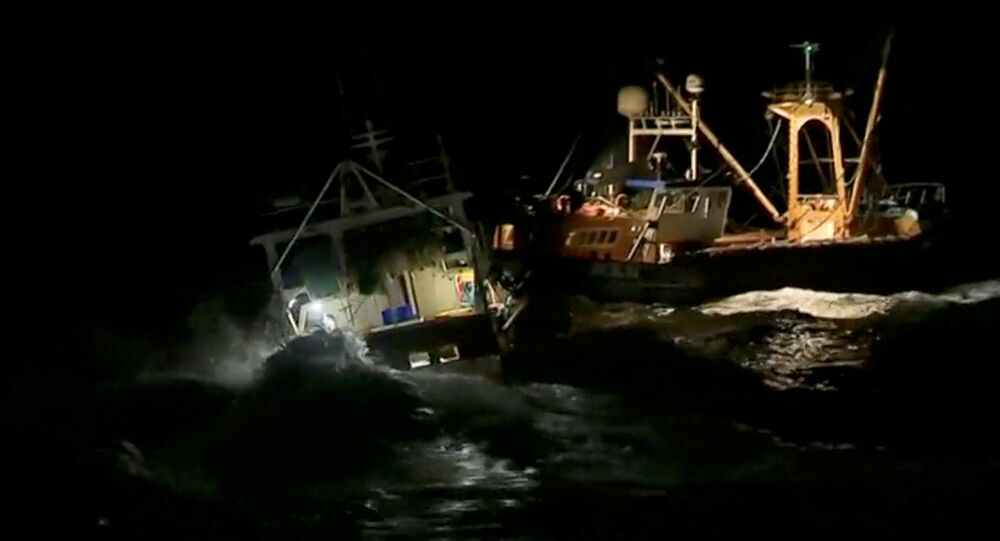 UK and France are reportedly expected to hold talks over the scallop fishing dispute and to find a solution that might prevent further clashes between fishermen.

France’s Minister of Agriculture Stephane Travert has announced that French Navy is prepared to intervene in the ongoing row between British and French fishermen over the scallop fishing rights; the conflict has already been dubbed the ‘Scallop Wars’ by media.

"We can’t keep going on like this, we can’t keep having skirmishes like that. The French Navy is ready to step in if more clashes break out, as well as carrying out checks," Travert said, as quoted by Reuters.

© Photo : Anthony Quenel/facebook
French Fishermen Threaten to Use 'Heavy Artillery' on UK Scallop Trawlers
The minister added that he already discussed the situation with his British counterpart, and that the talks between the parties involved are expected to be held on Wednesday.

Last Tuesday, approximately 40 French fishing boats attempted to prevent five larger UK ships from fishing in the Bay of Seine, with boats being rammed and firebombs lobbed by French fisherman, leaving the British vessels in flames.

The dispute erupted due to French fishermen accusing their UK counterparts of unfair scallop fishing in the Bay of Seine.

While French fishermen are prohibited from scallop dredging in the area between May 15 and October 1 every year, in order to let the scallop population recuperate, UK fishermen face no such restrictions.