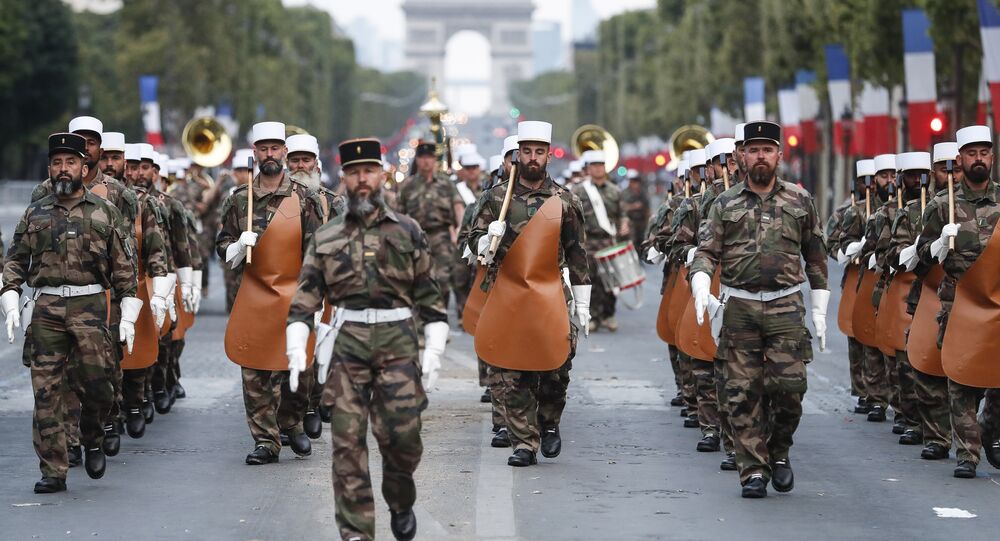 French Politician Calls for Withdrawal of '100 Airmen' From Russian Border

Mélenchon, a French MP running for a seat in the European Parliament in 2019, has criticized the French military presence close to the Russian borders during his election campaign speech.

Jean-Luc Mélenchon, the founder of the left-wing party La France Insoumise (LFI), launched his campaign for the 2019 European Parliament elections in Marseille.

The French MP inquired who had asked France to "put 100 French airmen" near the Russian border.

"Who asked the French for their opinion on placing 100 airmen from our country in Lithuania, on the Russian border? We demand their repatriation: we do not want war on Russia."

Mélenchon has refuted claims that his party seeks to undermine European integrity. "It is not true that we want to destroy Europe. Europe is only a part of the Eurasian continent," he said, adding that if he were to think about "really effective" cooperation, he wouldn't settle for the situation where France would focus exclusively on "finding customers for NATO."

At the same time, he added, Russia has a closer "mentality and intellectual ties" with Europe than Asia, so Russia is welcome in the European space, which will help solve a whole set of problems.

Mélenchon reiterated his intention to turn the 2019 election into an "anti-Macron referendum." "We will encourage the French to beat him up democratically," he noted.

The French politician ran for president twice: in 2012, he represented the Left Front and finished with 11.1 percent of the vote in the first round. Five years later, he came in fourth, with 19% of the votes and failed to qualify for the second round.

Elections to the European Parliament are scheduled for May 23-26, 2019. They will see the number of MEPs shrink from 751 to 705, as the UK is to depart from the EU next March.

NATO has been increasing its military capacity in Eastern Europe and the Baltic States in the face of the alleged Russian threat to its eastern flank. Moscow has repeatedly voiced deep concerns about NATO's military buildup along its western borders. During a meeting of the country's Security Council in April, President Vladimir Putin said that NATO was trying to provoke new conflicts and stoke up old ones in the former Soviet republics.