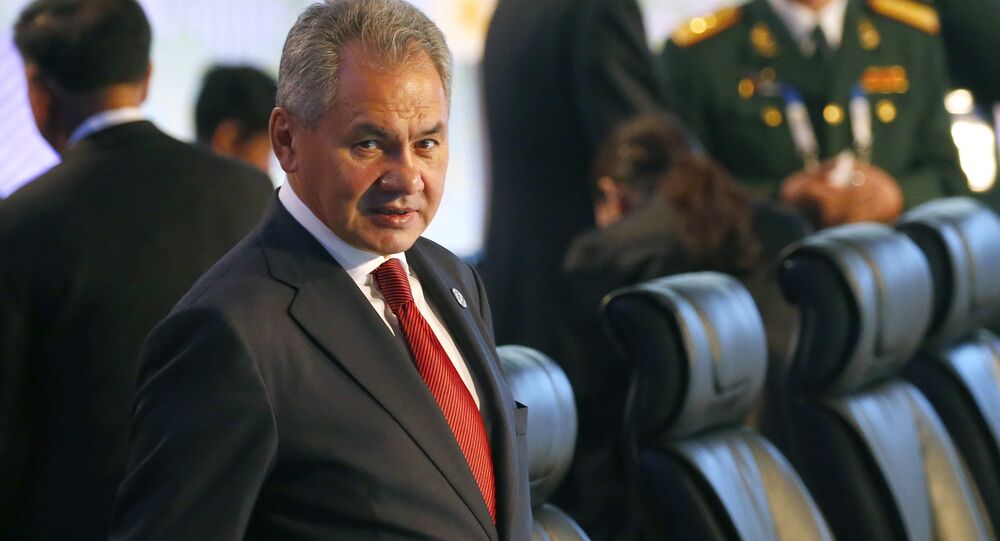 "The involvement of Finland and Sweden in NATO activities is worrying. A treaty was signed in May that provides for their full participation in the exercises of the alliance and the possibility of using its command-and-control systems for troops and weapons. In exchange, NATO received unrestricted access to the airspace and territorial waters of these countries," Shoigu said at a meeting of the Defense Ministry's Board.

"Such steps by Western colleagues lead to the destruction of the existing system of global security and generate even greater mistrust, forcing us to take response measures," Shoigu stressed.

© AP Photo / Virginia Mayo
NATO Head Stoltenberg Urges Not to Isolate Russia Over Reunification With Crimea
Moscow hopes that the summit of Russian and US presidents, held on July 16 in Helsinki, will facilitate military cooperation between Russia, the United States and NATO, Russian Defense Minister Sergei Shoigu said.

"[Moscow expects] the Russia-US summit, held on July 16 in Helsinki, to give impetus to the deepening of our military cooperation with Washington and NATO and will allow for consolidation of our efforts to ensure common security," Shoigu said at a meeting of the Russian Defense Ministry's Board.

"This trend clearly indicates that NATO countries "are trying in every possible way to prevent Russia from emerging as a geopolitical competitor, especially with its own allies," Shoigu stressed.

According to Shoigu, "a negative trend has transpired recently, involving the deliberate increase in NATO military activities in eastern Europe.

In recent years, NATO has been building up its military presence in Eastern Europe and the Baltic States saying it is protecting them against an alleged so-called "Russian aggression."

In Search of Lost Time: How France May Facilitate Russia-NATO Rapprochement