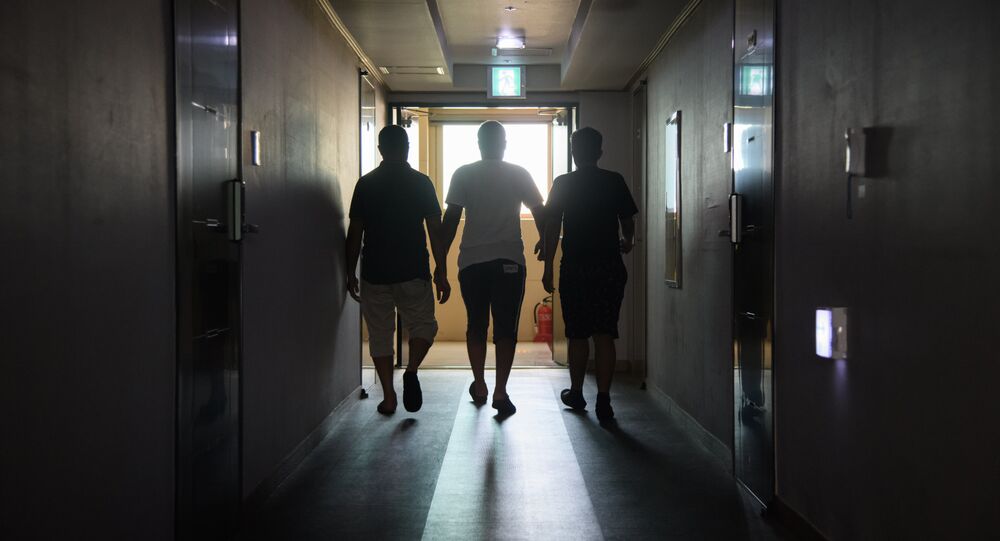 The European Court of Justice has ruled that sexual orientation tests can't be used to rule on asylum applications as "the performance of such tests amounts to a disproportionate interference in the private life of the asylum-seeker."

A homosexual migrant from Iraq has had his application for asylum rejected by Austrian officials who thought that his sexual orientation could not be believed as his overly “girlish” behavior during the assessment interview seemed fake, the Austrian newspaper Kurier reported.

© CC BY-SA 2.0 / Teza Harinaivo Ramiandrisoa / Pregnant woman
Rent-a-womb: India to Ban Foreigners, Gays, Singles From Hiring Surrogate Mothers
The 27-year-old man told the official in the Austrian state of Styria that there was no way he could possibly return to his home country because being gay in Iraq is against the law.

This is not the first time that an asylum case has been denied due to officials' doubts about the applicant’s sexual orientation.

In a similar case, a young Afghan man was recently denied asylum in the Alpine republic. Officials based the rejection on their belief that he did not "act" or "dress" like a homosexual.

"The way you walk, act and dress does not show even in the slightest that you could be homosexual," the official said that he saw no grounds for the young man to fear for his safety in his native Afghanistan.

"The inhuman language in asylum claims does not conform to the requirements of a fair, rule-of-law procedure," the group said in a statement on Tuesday.

An interior ministry spokesman argued that all asylum applications are handled by specially trained professionals.

He added, however, the official involved in the case of the Afghan asylum-seeker was no longer involved in assessing asylum applications.

Recently, the European Court of Justice delivered a ruling against Hungary where a Nigerian asylum seeker was had to undergo a psychological test to prove he was gay.

The court ruled that "the performance of such a test amounts to a disproportionate interference in the private life of the asylum-seeker."

Sinners in the Eyes of an Angry Rugby Player: Aussie Star Condemns Gays to Hell