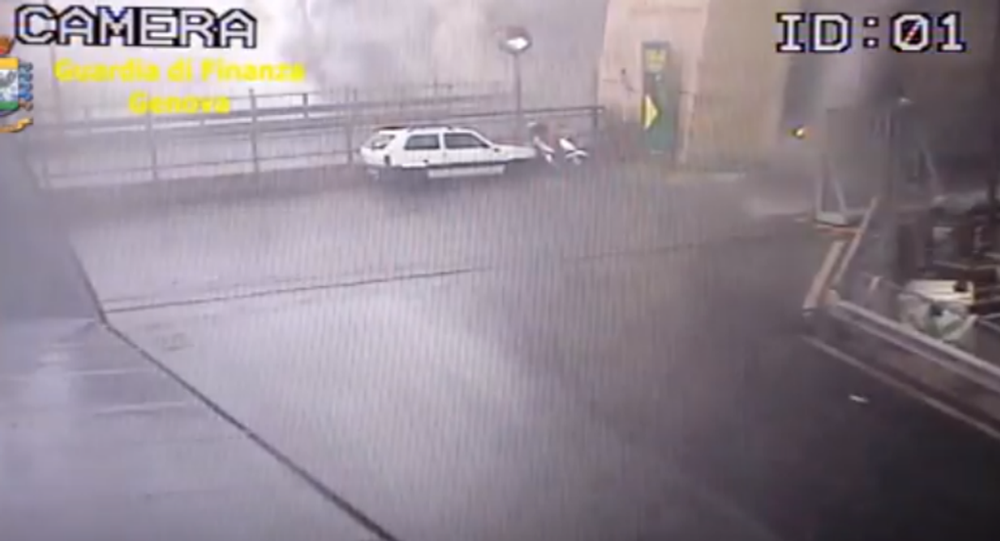 Seconds before the bridge is reduced to rubble, a truck is seen driving underneath it, as a man walks by.

​According to Italian media,at least 43 people were killed when a section of the Ponte Morandi bridge collapsed on Tuesday. Nine people injured in the incident remain in the hospital; eight of them are in serious condition.

More than 600 people were forced to leave homes located near the bridge, Sputnik reported Monday.

On Sunday, the CEO of Autostrade per l'Italia, which manages and maintains most of Italy's toll roads, including the collapsed Morandi bridge in the city of Genoa, apologized for the tragedy.
"I apologize profoundly. I express my grief and closeness to the relatives of the victims, their friends, the Genoese; this is the pain that I carry in my heart," Giovanni Castellucci said during a special press conference in Genoa aired by Italian news channels.

According to the head of Genoa's public prosecutor's office, Francesco Cozzi, human error was behind the fatal incident. This statement echoed the words of Deputy Prime Minister Luigi Di Maio, who had stated that the tragedy "could have been avoided."

The bridge was constructed in the 1960 and needed intensive repairs, according to a two-year-old document recently leaked on Twitter. However, the authenticity of the paper has not yet been confirmed.