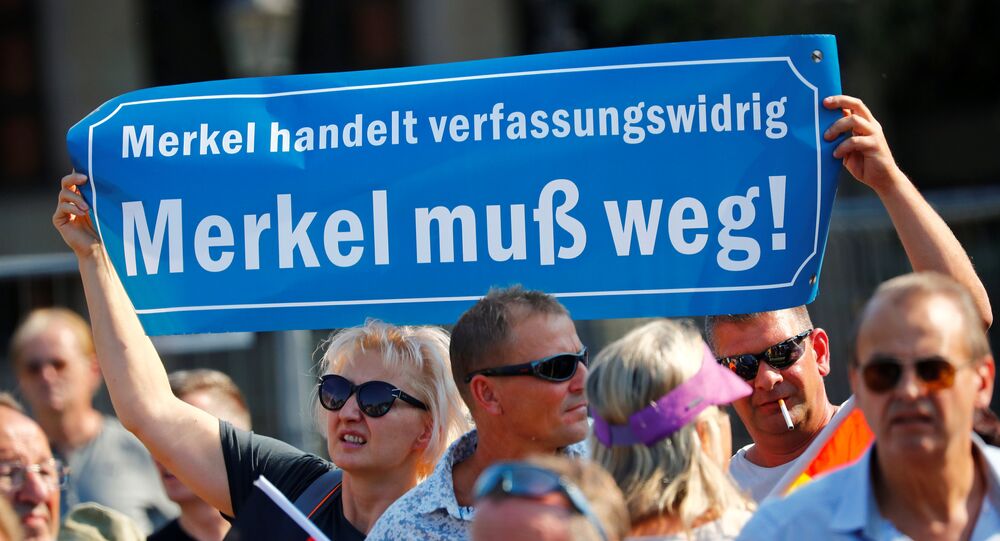 Hordes of right-wing protesters demanded that German Chancellor Angela Merkel resign as she came to Dresden, in the eastern state of Saxony, to meet regional lawmakers of her Christian Democratic party (CDU).

Here's the reception Chancellor #Merkel just got in #Dresden from @AfD supporters. Not the nicest way to spend an August afternoon. pic.twitter.com/GlXJpayALl

The visit to the place, formerly in the communist part of Germany and where right-wing views are more widespread than in the rest of the country, was accompanied by chants “Merkel must go!” and “Get lost.”

The protest was spearheaded by the anti-Islamist movement PEGIDA, in order to put forward criticism of Merkel’s 2015 decision to welcome one million refugees from predominantly from Muslim countries, which she has since repeatedly claimed arose from a humanitarian necessity. She notably promised afterwards to address the issue and battle the root causes of migration into Europe at large.

Most recently, Germany has sealed a deal with the first European country, Spain, to send back previously registered migrants, and is mulling a similar agreement with Greece.

Migration concerns have been on the rise in Germany in recent years, which explains the spiking popularity of the anti-immigrant Alternative for Germany (AfD), currently the third largest in the national parliament.

Saxony is due to vote for a new state parliament in September 2019 and polls suggest that the AfD may become the second-strongest party there, with the CDU likely to come in first.