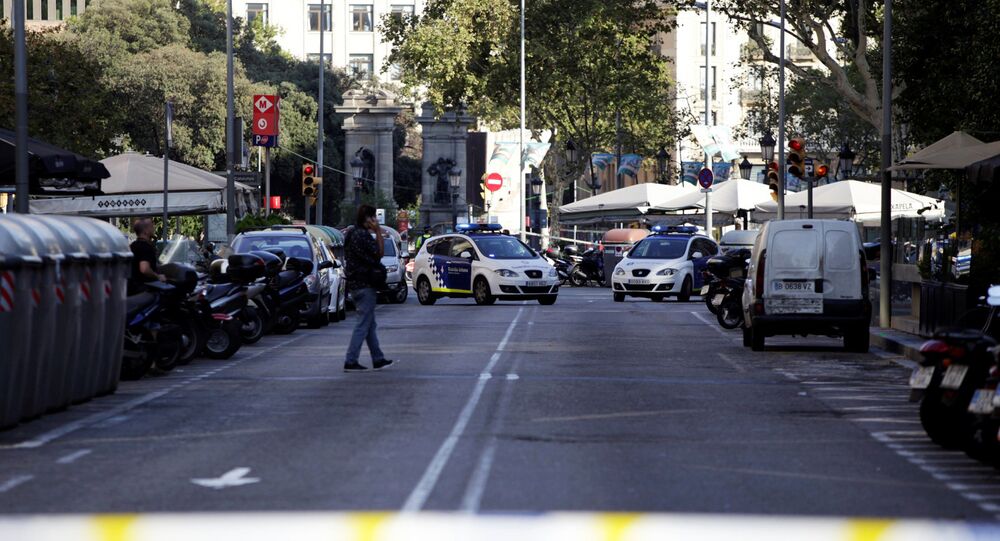 MADRID (Sputnik) – The victims of the deadly 2017 Catalonia attacks and families and friends of those affected on Thursday accused the authorities of failing to provide the needed support to them a year after the tragic events.

"The August [2017] terror acts were important until they paled into insignificance a month later over [the Catalan independence movement]. There was even no time for mourning in the city," Robert Manrique, the coordinator of UAVAT, an organization for helping the victims of terrorism, said at a press conference held on the eve of the one-year anniversary of the terror acts.

Ana Cortes, who was at the Rambla pedestrian mall when the Barcelona attack took place there, said that the victims of the incident felt deceived, misunderstood and forgotten by the authorities. No political party had asked the victims if they needed assistance, Cortes continued, noting that security services, firefighters, emergency services, and the Red Cross still helped those affected by the attacks.

On Friday, various events commemorating the 2017 terror acts will be held in Barcelona and Cambrils.

© REUTERS / Stinger
Police investigate at the scene of an attack in Cambrils, south of Barcelona, Spain

Some activists and NGOs refused to participate in an official 2017 events commemoration ceremony, held by the Barcelona city authorities, saying that they would hold a rally in front of a prison building where Catalan politicians were detained over their role in the October 2017 independence referendum.

The UAVAT coordinator called on the politicians to abandon their disagreements on the day when the victims of the terror acts are commemorated to honor their memory.

On Wednesday, the Spanish Interior Ministry said it had paid 9.8 million euros to those affected by the attacks in Barcelona and Cambrils and recognized 70 people as victims of these terror acts.

The violent ramming attacks in Barcelona and Cambrils left 16 people killed and over 130 others injured. The Islamic State terror group (IS, banner in Russia) reportedly claimed the responsibility for the attacks.

A 12-person cell is believed by the Catalan law enforcement to be behind these terror attacks. Four suspected members of the cell have been arrested and five others killed after the Cambrils attack. Two more attackers are believed to have died prior to the incidents in an explosion in the Catalan town of Alcanar, where the terrorists had been producing explosives. The suspected perpetrator of the Barcelona attack was killed by police.