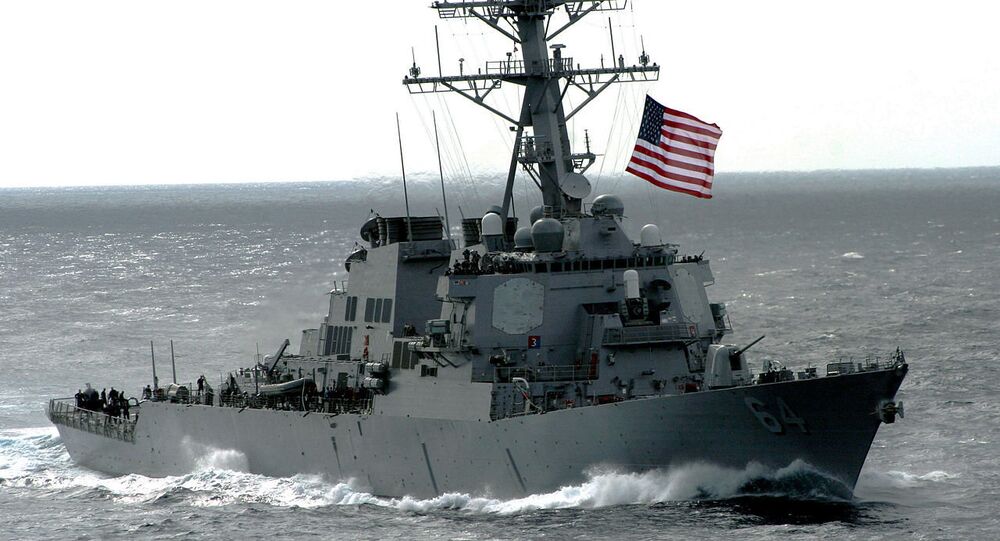 MOSCOW (Sputnik) - Moscow will respond to the recent entry of US guided-missile destroyer USS Carney into the Black Sea, Frants Klintsevich, a member of the Defense Committee of the upper house of Russian parliament, said on Monday.

"A reaction will certainly follow. And it will not be spontaneous, it will be within the program of Russia's security control in the Black Sea," Klintsevich was quoted as saying by his press service.

The lawmaker claimed that in fact, the destroyer's entry into the Black Sea was an attempt to "set Russia on edge."

"Vain attempts. We have strong nerves, and nobody is going to be on edge… The provocations will not succeed," he added.

Klintsevich said the allegations that Russia was threatening anyone seemed "absurd" because he had a feeling that the United States was going to establish a continuous presence in the Black Sea.

The US Navy’s Sixth Fleet said in a statement earlier in the day that the United States’ guided-missile destroyer USS Carney had entered the Black Sea for maritime security operations.

"The Arleigh Burke-class guided-missile destroyer USS Carney (DDG 64) entered the Black Sea, Aug. 12, in order to conduct maritime security operations and enhance capability and interoperability with allies and partners in the region. The ship's operations in the Black Sea are meant to enhance maritime security and stability, and combined readiness and naval capability with Black Sea allies and partners," the statement, issued late on Sunday, read.

© AP Photo / Vadim Ghirda
UK Launches Romanian-Based Jets In Response to Russian Aircraft Over Black Sea
Cmdr. Tyson Young, the commanding officer of Carney, said in the statement that the ship's arrival in the Black Sea showed the United States' commitment to maintaining security in the region.

The destroyer entered the Black Sea for the previous time in January when it participated in joint drills with the Ukrainian Navy.