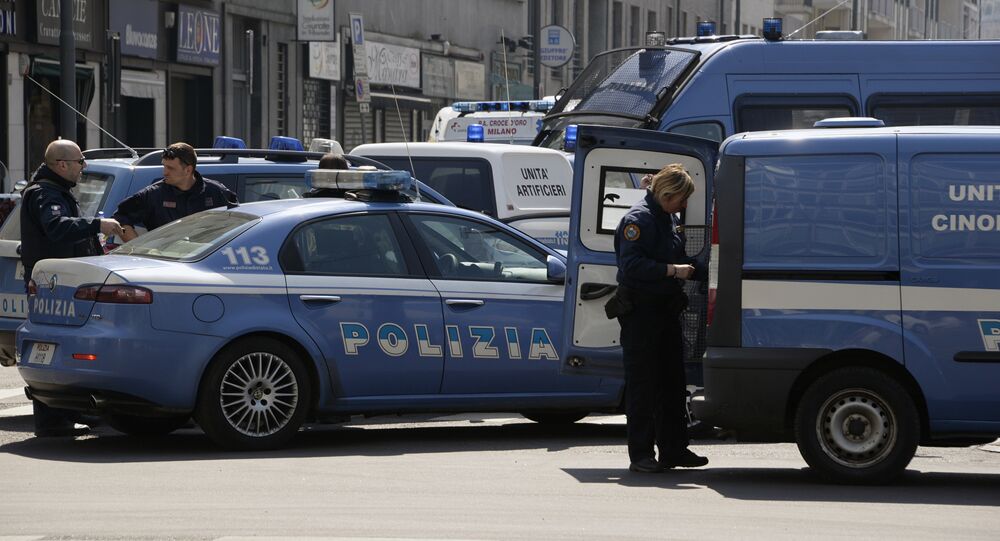 After a yearlong investigation, police have arrested a gang of fraudsters, accused of convincing people to have their limbs crippled for money.

Police officers in Palermo, the capital of the Italian region of Sicily, have arrested 11 people engaged in the criminal scheme.  According to the detectives, these people were targeting socially vulnerable people in order to pretend to be the victims of car accidents. The scheme was used to obtain thousands of euros in insurance payouts for accidents that never happened, the Italian news agency ANSA reported.

The fraudsters were using 25kg cast-iron weights, like those used in gyms, to imitate traumatic injuries from car crashes. An arm or a leg would be put between cement blocks and mutilated by the several falling weights drop. Sometimes ice would be applied to numb the pain before the breaking the bones. Among the detained suspects is a nurse from Palermo hospital, who is said to have provided painkillers from her working place to ease the pain.

The injured people went to the hospital where, the gang’s accomplices were ready to handle their cases. The ones who were injured had been promised 30% of the insurance payouts; however, they often received only a few hundred euros while the gangsters got the most of the sum. A smashed arm or leg could result in up to 150,000 euros in insurance payouts, the police said.

Police used electronic surveillance to pick up screams of those being maimed in private houses and warehouses. One of the police videos shows an intercepted conversation between gang members, discussing the accomplices in the Palermo clinics and setting up an ambulance for the so-called “car crash victims.”

The head of the Palermo police operations squad told state television channel RAI that most of the people recruited were drug-addicts, alcoholics, people with mental health issues and poor and homeless people, who were “attracted by the mirage” of quick money. “They were both accomplices in the scheme and victims,” he added.

The investigation was launched in January 2017, when the mutilated body of a Tunisian man was found on the streets of Palermo. First presumed to be a victim of a road accident, the autopsy detected that the cause of death was a heart attack after his limbs were smashed. Since then, the police have uncovered about 70 of the similar cases, where people subjected themselves to traumas in order to obtain the insurance, SkyTG24 reported. The investigators are still trying to determine how long the scheme was in motion and how much money was defrauded.