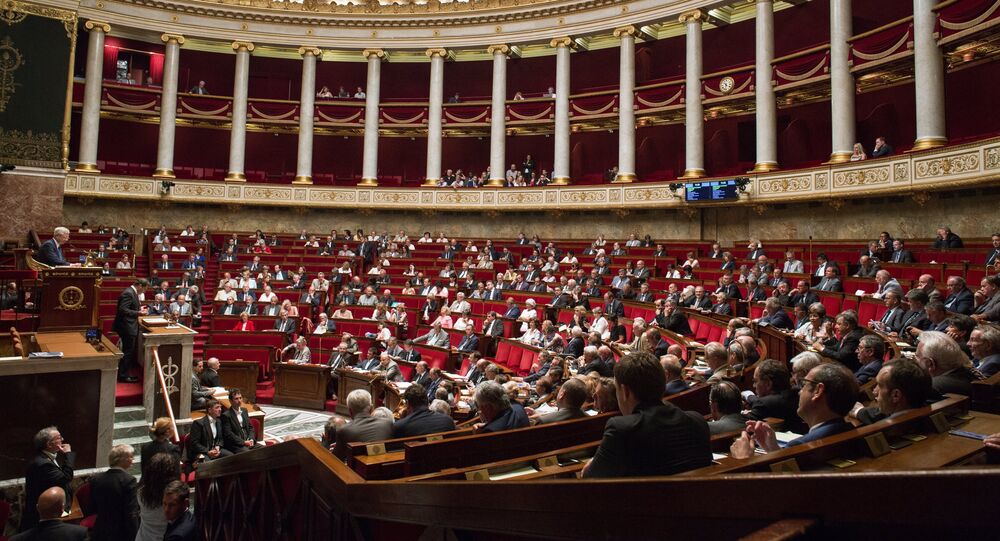 The motion was introduced by the opposition following a scandal involving President Macron's former security aide Alexandre Benalla, who has been put under formal investigation for violent acts and interfering in the work of public services and wearing official insignia without authorization after having assaulted protesters during a rally.

The motion was backed by the center-right Republican Party and communist MPs, receiving 143 votes, whereas the necessary count for approval was 289 votes.

The Republicans and other opposition parties urged for the move in an attempt to force Prime Minister Edouard Philippe to give them a report on the case with Macron's ex-aide Benalla. Just a day before the voting Benalla claimed that he was ready to give explanations on his case to the comission during a parliamentary hearing.

READ MORE: Macron to Be Handicapped by Benalla Scandal Till End of His Term — Politician

The case drawn public attention, which led to two no-confidence motions concurrently brought against the government. The failed vote was initiated by The Republicans, while the vote on the second one, initiated by the French Communist Party, the Socialist Party and the left-wing Unbowed France (La France Insoumise) party, is yet to take place.

© REUTERS / Francois Lenoir
Macron's Approval Rating Hits Record Low in Light of Benalla Scandal - Poll
The high-profile scandal, which has affected the governing party and Macron personally, began after the publication of a video revealing the president's ex-security aide Alexandre Benalla in riot police gear, tackling a protester to the ground and kicking him repeatedly before fleeing the scene. He was indicted shortly after the publication of the video in the wake of a formal investigation.
...
Reddit
Google+
Blogger
Pinterest
StumbleUpon
Telegram
WhatsApp
11