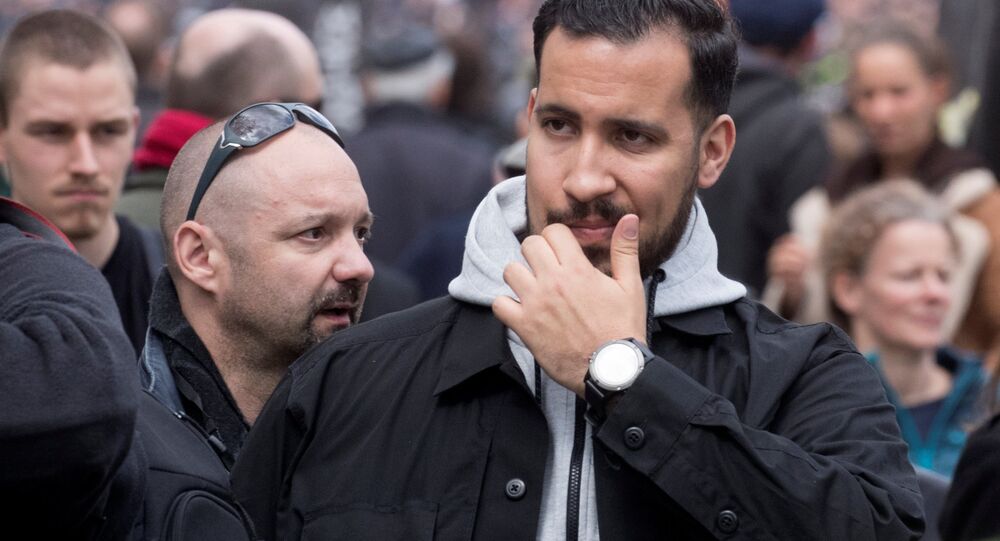 After it was reported that the French President reacted bluntly the incident involving his former security aide Alexandre Benalla, who was accused of hitting a May Day demonstrator in Paris after a video from that day emerged, the bodyguard slammed the “politicians and police” for exploiting the events around him.

Former senior security aid from the Elysee Palace Alexandre Benalla, who was slapped with multiple charges for hitting a protester and trying to conceal it, has told the French newspaper Le Monde in his first interview since the incident that his behavior was a folly, rather than a “betrayal” as Emmanuel Macron recently described it.

“I feel I have committed a big folly, made a mistake. But this is a political mistake to a greater degree. I shouldn’t have gone to this demonstration as an observer, and I wouldn’t have to distance,” he told the outlet.

However, he pointed out that he understands why his former boss used such wording, claiming that the President would believe and continue to believe him, as Benalla thought.

“Taking the situation into account, I don’t know what other words he could use in this situation. He was disappointed, and he had that feeling of betrayal,” Benalla said.

According to the former aide, "politicians and police” exploited his “political mistake” for their purposes, although he didn’t give names.

"My case has been used to settle scores, it's taken on proportions… I won't say I was the fall-guy, I'm just saying it served various interests, an interest to get at the president of the republic," Benalla told Le Monde.

Since the high-profile case broke out last week after a May 1 video emerged with Benalla tackling a young rioter to the ground and punching him repeatedly before fleeing, critics have accused Macron of failing to punish Alexandre Benalla and say that the President has lost touch with ordinary people since he took over the country’s top job more than a year ago.

France's opposition conservative party, The Republicans, has called for a vote of no-confidence in the government.

At first the President’s office suspended Benalla, who was a close presidential aide and reportedly a member of the president's inner circle, for two weeks, and later said that it had begun dismissal procedures and fired the aide.

Macron spoke on the incident for first time on July 24 as he met with lawmakers from his party La Republique En Marche! and denounced Benalla’s behavior as a betrayal.

"I'm to blame… If anyone is looking for who is responsible, it’s me and me alone. I’m the one who trusted Alexandre Benalla," Macron said, as quoted by The Guardian.

Benalla was arrested and slapped with multiple charges, including violent acts, interfering in the work of public services, wearing official insignia without authorization, concealing video materials and breaching professional secrecy. The presidential office has outlined the procedure of his dismissal.