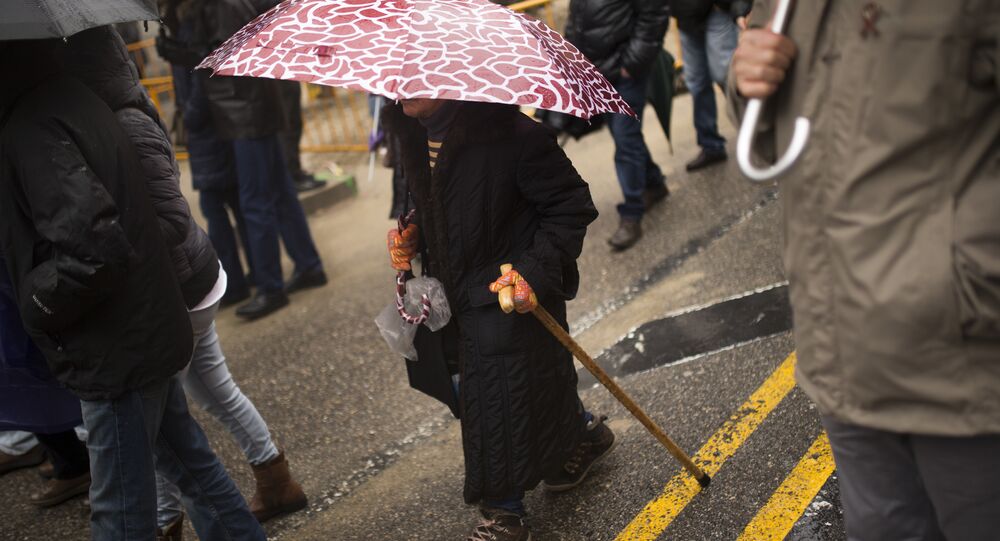 Wrong End of the Stick: 103-Year-Old Berlin Woman Fights Off Thieves With Cane

Fraudsters resort to all kinds to tricks to rob people of their possessions, but sometimes they find themselves out of luck.

A 103-year-old Berlin woman used her cane to chase away a pair of ill-fated thieves who apparently tried to clean out her apartment, The Local reported.

Two strangers rang the doorbell to the pensioner’s flat on Thursday afternoon. When the centenarian opened the door, the two female intruders forced their way inside.

© REUTERS / Jacky Naegelen
Awkward Moment: Burglars Break Into Flat of Bin Laden Family in Paris, But Leave Empty-Handed
Saying she was to sign some document, they ushered the pensioner into the kitchen while leaving the front door open for their male accomplice waiting in the stairwell to move in.

Police believe that the man intended to take out valuables while his accomplices were distracting the landlady.

However, the plucky 103-year-old Berliner, whom police described as “sprightly,” wasn't so easily fooled. She refused to sign anything, and grabbing her walking stick she drove out the unlucky burglars who had to beat a hasty retreat empty-handed, along with their male friend who never got a chance to get inside.

The elderly woman was not hurt.

Fraudsters often pretend to be getting a signature for a parcel or resort to other tricks to distract their victims, usually old people, so that an accomplice can scurry into the apartment to collect valuables, police spokeswoman told The Local.

READ MORE: Not Monkeying Around: New Zealand Primates Fight Off Thieves… and Win

In 2017, an umbrella-toting London pensioner attacked a group of armed robbers who were using axes and a sledgehammer to break down the door of a local jewelry store.

The criminals managed to escape.

Burglars Break Into Flat of Bin Laden Family in Paris, But Leave Empty-Handed