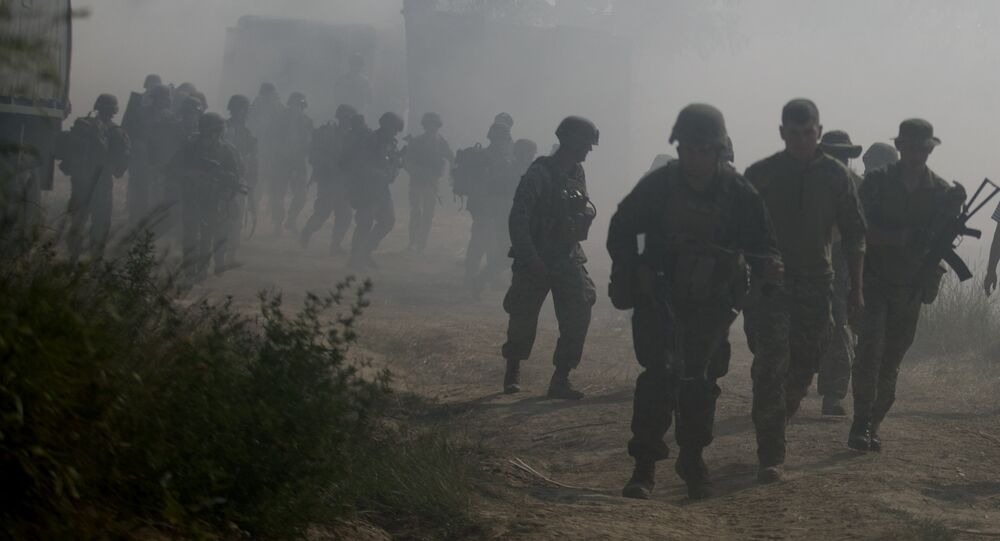 The US Marines’ 2nd Battalion, 25th Marine Regiment trained with Ukrainian marines in Exercise Sea Breeze war games about 100 miles from the Crimean Peninsula on Thursday.

The drills were meant to increase combat effectiveness and "demonstrate resolve" among the 17 allied and partnered nations participating in the exercise, which has now happened 18 times over the years.

Tensions have increased in the region since Russia annexed Crimea in 2014 after Crimeans voted overwhelmingly to join the Russian Federation in the face of a ban on speaking Russian in Ukraine. Many Western governments have claimed the referendum was carried out fraudulently and have refused to respect its results.

​Moscow warned that the war games in the Black Sea showed the US and the other participating nations were "playing with fire," according to Stars and Stripes.

The US and Ukrainian soldiers fought off imaginary enemies, with both groups providing cover for Ukrainian BTR-4 armored transports that brought troops into position. Fighters would then rush targets with rifle fire and rockets. Later in the night, the soldiers practiced night ambushes with the help of mortar illumination and night vision equipment.

Prior to the start of exercises on Monday, US Marines of Weapons Platoon, Echo Company, 2-25, taught their Ukrainian counterparts classes in various subjects while the groups were bivouacked together.