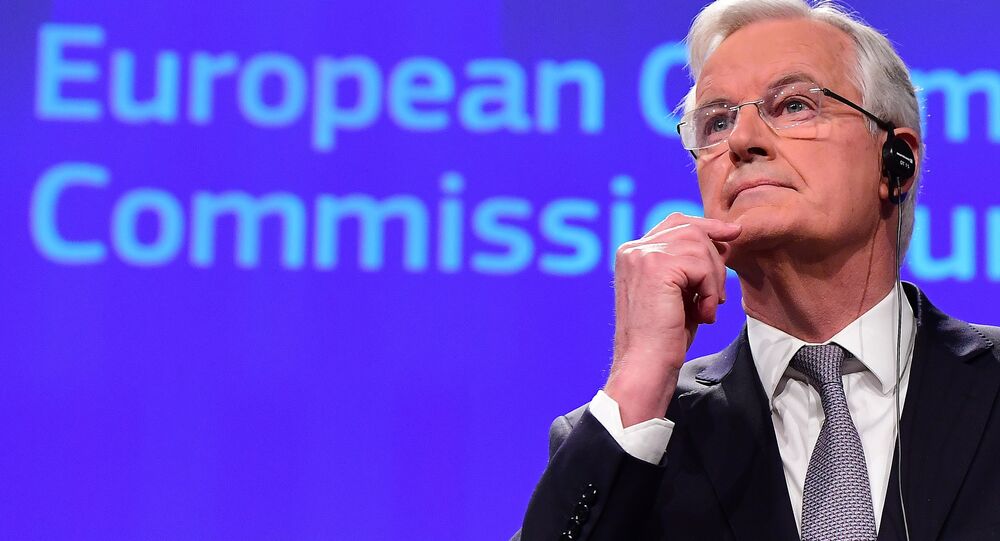 BRUSSELS (Sputnik) - European Commission Chief Brexit Negotiator Michel Barnier warned that businesses should prepare for a "no deal" Brexit which would see the return to tariffs under WTO rules in EU-UK trade, noting that it would be a worst-case scenario.

"On both sides of the Channel, businesses, including subsidiaries of US firms, should analyse their exposure to the other side and be ready, when necessary, to adapt their logistical channels, supply chains and existing contracts. They should also prepare for the worst case scenario of a ‘no deal,’ which would result in the return of tariffs, under WTO rules," Barnier said addressing the European American Chamber of Commerce (EACC) in Washington, DC, as quoted in a European Commission press release.

Barnier, however, stressed the goal of the EU-UK talks was to avoid a "no deal" Brexit, yet he did not rule out such an outcome. He also reiterated that "the cost of Brexit will be substantially higher" for London than for Brussels, adding that that it was "clearly a ‘lose-lose’ situation for both."

© AFP 2021 / Matt Dunham
Two UK Conservative Vice Chairs Resign Over May's Brexit Plan - Reports
The Brexit negotiations between London and the European Union started last year and are due to be completed by the end of March 2019. A model of the future economic partnership between the sides has proven to be one of the most contentious matters both in Brexit talks with Brussels and debates within the United Kingdom, as the recent high-profile resignations in the UK government showed.

The European Union aims to reach an agreement on the United Kingdom’s withdrawal from the bloc by October, to provide the European Parliament and the UK Parliament with sufficient time to vote on the Withdrawal Agreement before the March deadline.

Why is Brexit-Bound Britain Playing Mediator in the Balkans?