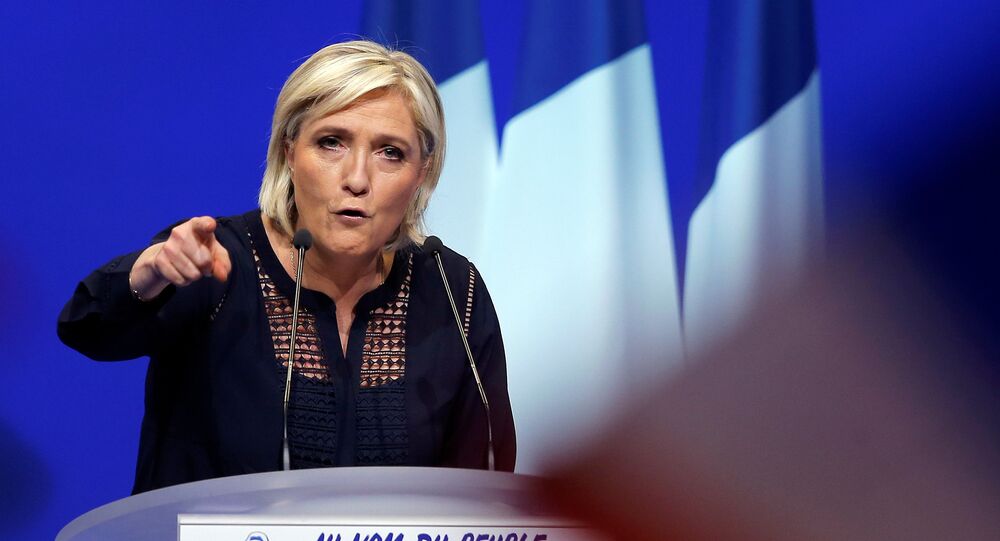 French judges investigating an alleged misuse of EU funds by Marine Le Pen’s National Rally political party (formerly known as the National Front) withheld on Sunday 2 million euros ($2.3 million) of state subsidies due to be handed out to the party, local media reported.

Political parties in France are entitled to state subsidies depending on on how well they did in elections. Le Pen's party was due to receive the $2.3-million tranche in the coming days.

According to BFMTV broadcaster, the judges decided to seize that sum as part of a probe into alleged misuse of the of European Parliament's funds.

© REUTERS / Charles Platiau
Marine Le Pen Questions French Strike on Syria, Recalls Colin Powell's Tube
Commenting on the issue, Le Pen wrote on Twitter that the decision made by judges was a "death penalty" for the party. She also called for donations for the party.

French prosecutors reportedly launched an investigation in 2015 to look into Le Pen's EU parliamentary assistants allegedly being fraudulently paid for their services with EU funds while working for the far-right party. Last June, Le Pen was put under formal investigation.

On June 19 this year, the EU's second highest court upheld a decision by the European Parliament to recover 300,000 euros from Le Pen.

Belgium Holds Limited Training Session Ahead of Semi-Final Against France