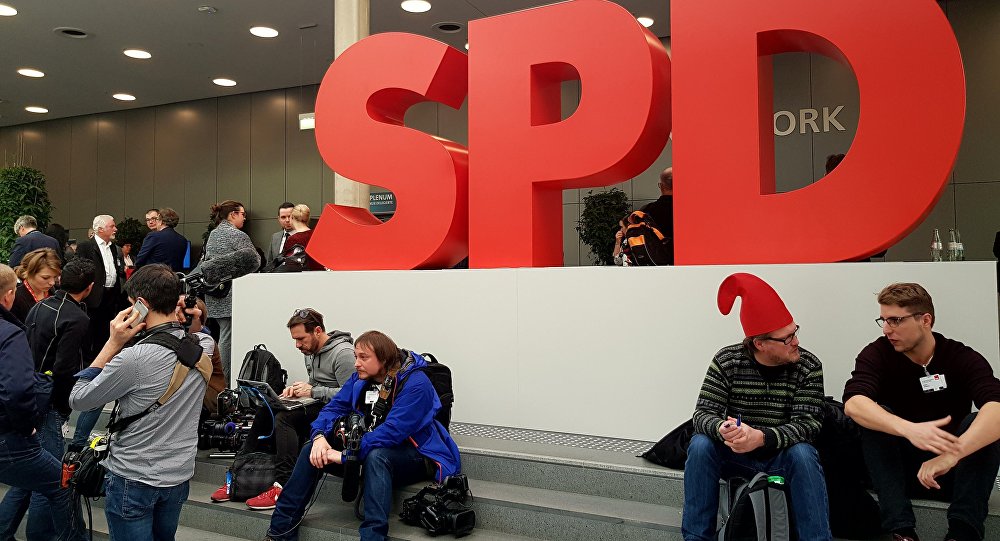 MOSCOW (Sputnik) - German Social Democratic Party (SPD) has worked out its own proposals regarding the European migration policy amid the dispute between the Christian Democratic Union (CDU) and the Christian Social Union (CSU) over the issue, the Spiegel magazine reported Sunday.

The document was prepared by the leadership of the party, including SPD head Andrea Nahles, and German Vice-Chancellor Olaf Scholz, and is expected to be approved by the party on Monday, the media reported.

The social democrats are going to propose financial aid for the countries, where refugees are coming from, as well as assistance for Italy and Greece in terms of organizing registration and housing for refugees or their repatriation.

READ MORE: Merkel Agrees With Seehofer on Need to Reduce Migration to EU

The party is against unilateral actions from the European countries, since they would undermine the freedom of movement in Europe, and against the special camps for the refugees in northern Africa due to humanitarian concerns. The document also suggests working out a legislation concerning migration in Germany.

© REUTERS / Markus Schreiber
German Chancellor Merkel, Interior Minister Seehofer Meet to Discuss Migration Policy
The conflict between the CDU and the CSU emerged as German Interior Minister Horst Seehofer, who is also the leader of the CSU, proposed to deny entry to the country for migrants without documents or who have already failed to get asylum in Germany. The interior minister believes that Berlin should act unilaterally.

German Chancellor Angela Merkel, meanwhile, calls for the common EU solution of the migration issue. On Sunday, the CDU and the CSU will discuss during the inter-party sessions the way to overcome the government crisis which erupted because of the differences on the migration issue.

In an interview with the ZDF broadcaster on Sunday, Merkel said that she shared Seehofer’s opinion on reduction of the influx of migrants, but had a different view on how it could be achieved.