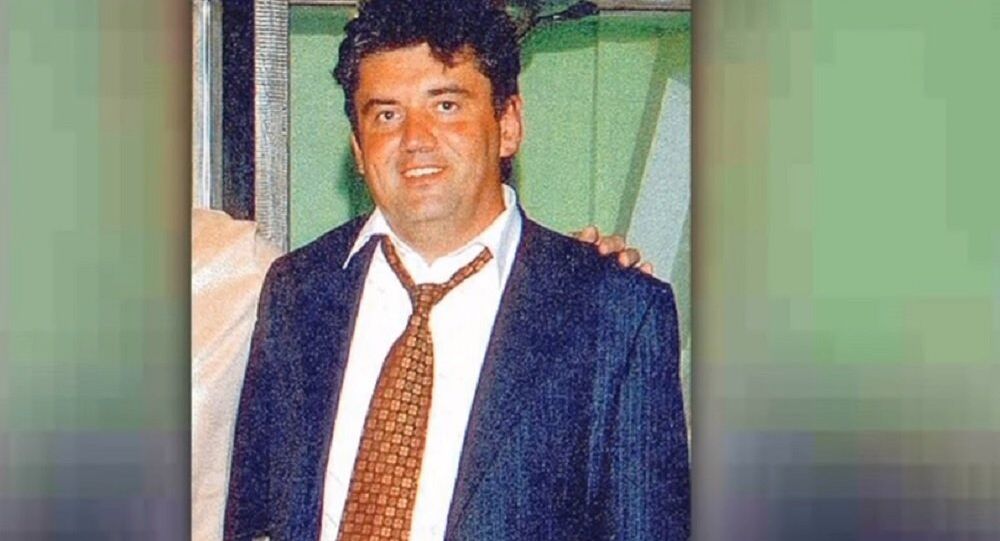 A lawyer representing the company who insured the life of Russian businessman Alexander Perepilichnyy has demanded to know whether or not he worked for British intelligence. Sputnik reporter Chris Summers was in court as a letter was read out in which the US Embassy in London denied the US government had any evidence he was assassinated by Russia.

Bob Moxon Browne QC, a lawyer representing Legal & General, urged Mr. Justice Hilliard, the judge who is chairing the inquest, to make it clear if the UK government had answered the question of whether Perepilichnyy had been a British agent or had any connections with MI5 or MI6.

Perepilichnyy died on November 10, 2012 when he collapsed after returning to his mansion in Weybridge, Surrey, after a jog.

UK media reports suggested at the time he had been poisoned with gelsemium elegans, a toxin known as "heartbreak grass", but when the inquest resumed in April this year the Central Criminal Court in London heard there had been no traces of any plant toxins in Perepilichnyy's body.

The inquest was told Perepilichnyy was involved with a company called Hermitage Capital Management, who claimed to be the victims of a $240 million tax fraud in Russia. Hermitage was run by William Browder, a US investor who the inquest heard had been accused in Russia of being a CIA agent.

© AFP 2021
The Hotel Bristol in Paris, where Alexander Perepilichnyy stayed the night before he died

But there have also been suggestions Perepilichnyy, who lived in self-imposed exile in the UK, may have been working for British intelligence.

In April, Perepilichnyy's secret Ukrainian lover Elmira Medynska emerged to give evidence at the inquest by videolink from Paris. She had been on a tryst with him in Paris in November 2012 and she said he vomited violently the night before his death after apparently suffering food poisoning.

At that time Judge Hilliard wrote to the then Home Secretary Amber Rudd, asking for details of the review of 14 suspicious deaths which the UK government claims could have been linked to the Russian state in case it contained evidence which may influence the Perepilichnyy inquest.

Ms. Rudd has since lost her job but her successor, Sajid Javid, signed a Public Interest Immunity (PII) certificate 10 days ago which would prevent details of the review from being made public at the inquest.

"My concern revolves around whether or not Surrey Police or the government has evidence that Mr. Perepilichnyy was working for, or had contacts with, British intelligence. We were told that that question was not relevant…with profound respect we feel that was not right. It's very relevant," Mr. Moxon Browne told Judge Hilliard.

Home Secretary has applied for PII certificate to withhold from inquest info on whether dead Russian whistleblower Alexander Perepilichnyy was an agent for U.K. intelligence. Sajid Javid also wants to withhold MI5/Yard report on 14 deaths attributed to Russian state or mafia.

​He said he understood the British government's usual response when asked if someone was an agent of British intelligence was to "neither confirm, nor deny," which is referred to as the NC/ND response.

But Mr. Moxon Browne said this case was exceptional and the government should make an exception to give "clarity".

"What is the relevance? The Skripal case documents clearly the lengths to which the Russian state is prepared to go to punish traitors and turncoats. (Alexander) Litvinenko (who died in 2006) had a relationship with British intelligence. If Mr. Perepilichnyy did also have a relationship he may have been at particular risk if he was felt to have been a turncoat or an enemy of Russia," said Mr. Moxon Browne.

Mr. Moxon-Browne also asked for a explanation about the delay in Surrey Police identifying the link between Perepilichnyy and the "Hermitage affair".

He said it was straining credibility to believe that someone who was "in the bosom of British intelligence" could be "rubbed out".

The inquest also heard that enquiries had been made of the US government to discover if there was any truth in a Buzzfeed article which claimed the Americans had "high grade intelligence" suggesting Perepilichnyy had been assassinated on the orders of Russian President Vladimir Putin.

I’m back at the Old Bailey today where the Home Secretary is expected to invoke national security powers to try and block “sensitive” evidence (again) on the death of Russian whistleblower Alexander Pereperlichnny — who US spies told us was likely assassinated on Putin’s orders. pic.twitter.com/2LVJOtVxpi

​Andrew O'Connor QC, for the British government, said the coroner's legal team had been put in touch with the US Embassy in London and had asked them for full disclosure.

Mr. O'Connor said a letter from the US Embassy had been disseminated on Tuesday, June 26, about a report which included everything the US government knew about the Perepilichnyy affair.

"The report contains no US government reporting of the death of Mr. Perepilichnyy," said Mr. O'Connor, quoting from the letter, "and on that basis it is no longer necessary for the UK government to see it, so it falls away," he added.

But Henrietta Hill QC, counsel for Hermitage Capital Management, said the letter was "circular" and full of "doublespeak" and she retained unclear whether the US possessed the intelligence about Perepilichnyy's death which had been referred to by Buzzfeed.

"Bearing in mind the totality of the evidence and the updates from Her Majesty's government, I'm satisfied that my investigation into Mr. Perepilichnyy's death has been fully and fearlessly conducted and there are no additional lines of enquiry," said Judge Hilliard.

The hearing then went into a secret session and reporters were ordered out of the court while the judge heard the UK government lawyer's submission about PII.

The inquest is expected to resume for final submissions later this year.

The Russian government has repeatedly denied any involvement in the murder of Alexander Litvinenko and has pointed out there is no evidence to prove Sergei Skripal and his daughter Yulia were poisoned by Russian agents.