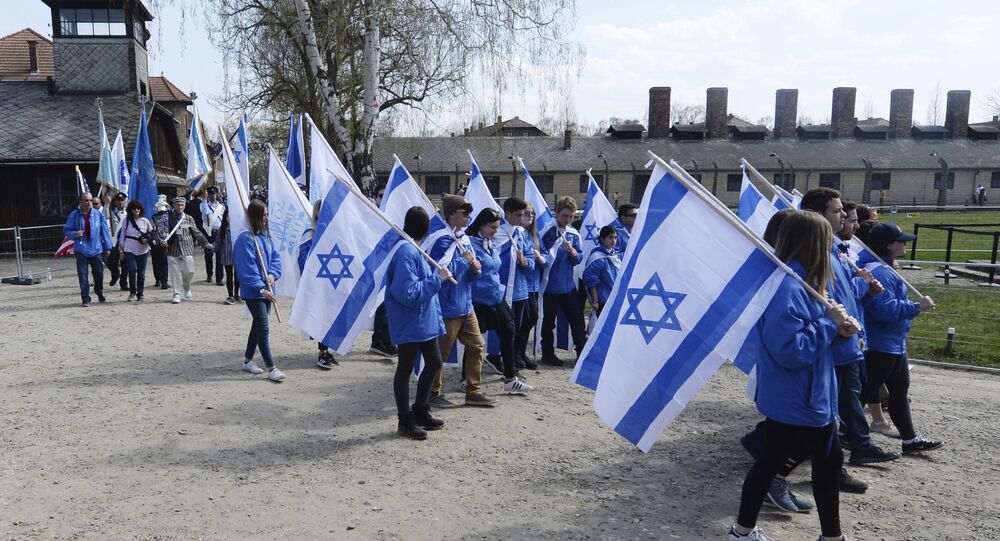 Poland's Prime Minister Mateusz Morawiecki asked parliament to change the law on Wednesday morning, which turned out to be an unexpected decision as his ruling Law and Justice party (PiS) is seeking to reinforce security ties with Washington and is facing heightened control from the EU.

The Polish Senate has voted to abolish the criminal punishment of up to three years imprisonment for the accusations against Poland and its people in the crimes of the Holocaust, the Sputnik correspondent reported.

Earlier in the day, the lower chamber of the Polish parliament approved the amendments suggested by Polish Prime Minister Mateusz Morawiecki by the majority of votes. The changes stipulate the removal of criminal punishment for those accusing the country and its people of crimes related to the Holocaust.

While introducing the proposal to amend the law, head of the Polish prime minister's office Michal Dworczyk said that the introduction of criminal liability for the accusations of the republic in the crimes of the Holocaust was not the ultimate goal of the Polish government.

"Criminal liability was never the goal for us. It was only an instrument of struggle for historical truth," he stated.

According to Michal Dworczyk, recent actions have shown that "civil-law instruments can be more effective than criminal instruments."

On June 9 Polish Foreign Minister Jacek Czaputowicz said that the Sejm could make amendments to the law as it affected Warsaw's relations with its international partners, including the United States and Israel.

© Sputnik / Valeriy Melnikov
Polish Parliament Could Amend Controversial Holocaust Law - Foreign Minister
The law, criminalizing any accusations against Poland of being complicit in war crimes during World War II, including the Holocaust, as well as any denials that Ukrainians killed Poles during the same period, bans Ukrainian nationalist ideology, officially came into effect on March 1 after being adopted by the Polish parliament and then signed by Polish President Andrzej Duda.

Before the bill's enactment, US State Department spokeswoman Heather Nauert noted that it could have consequences for freedom of speech, and Poland's ties with the United States and Israel.

Israeli officials, including the country's prime minister, president, and the Foreign Ministry, have slammed the law and demanded that it be reviewed, emphasizing that it distorts the historical truth.