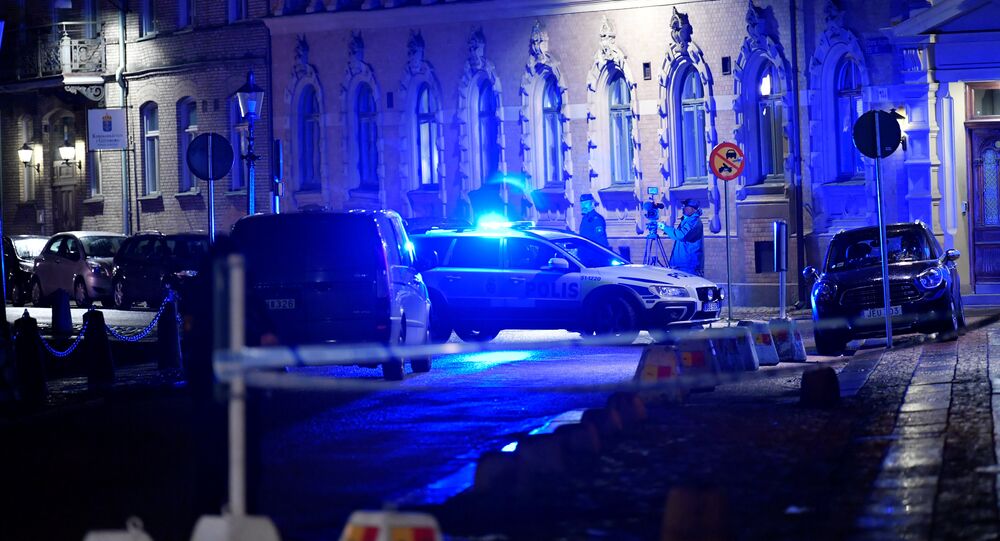 On Monday, a Swedish court sentenced two refugees and one rejected asylum seeker for the December 9, 2017, firebombing of a synagogue in Gothenburg.

The incident, which took place in the wake of protests against US recognition of Jerusalem as the capital of Israel in December, was carried out by a dozen men throwing firebombs at a Jewish house of worship.

Several people were inside the building during the attack, who went to the basement for safety until police arrived, a witness told the Expressen daily at the time.

However, the fire was extinguished soon after the attack and no one was hurt.

The Gothenburg District Court sentenced three men for their connection to the attack on Monday. One of the men, a 22-year-old Palestinian who had his asylum application revoked following the attack, received a two-year sentence in prison and will be deported after serving his sentence, AFP reported Monday.

The other two men, a 19-year-old Syrian and a 24-year-old Palestinian, both have Swedish residency permits and cannot be deported. The Palestinian man will serve a two-year sentence while the Syrian man will only serve 15 months. The three are the only people that have been charged in the arson attempt so far.

According to the court, the motive of the attack was to "threaten, harm and violate both the members of the Jewish community and the Jewish people as a whole," AFP reported Monday. All three men maintained their innocence throughout the trail, even though one of the men had Googled the synagogue's location on the day of the attack, according to the prosecution.

People all over the world took to the streets to voice their outrage after US President Donald Trump recognized Jerusalem as the capital of Israel in December 2017. In Sweden, hundreds of pro-Palestinian protesters staged a demonstration in the Swedish city of Malmo, shouting anti-Jewish and anti-American slogans.

At the time, Jewish Agency for Israel spokesperson Avi Mayer expressed his concern over the recent anti-Semitic attack and rally that took place in Sweden.

"Just last night, protesters shouted ‘we're going to shoot the Jews' in Malmo, Sweden's third-largest city… I cannot imagine what it feels like to be a Swedish Jew today," Mayer wrote on his Twitter page in December.