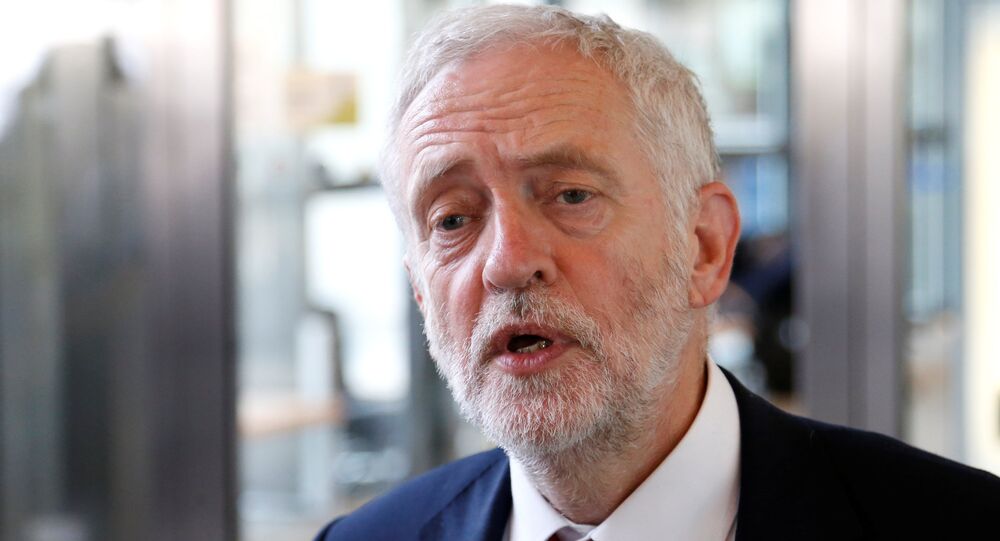 If successful, the move would effectively constitute a second referendum on the UK’s membership of the European Union (EU.) In theory, Brits will be able to make a more informed decision than they did in 2016, as the deal and terms of Britain’s withdrawal would be outlined ahead of this proposed public vote.

The pro-Corbyn Labour for People’s Vote group is planning on soon launching an initiative to drum up support for a final public vote on Brexit, The Guardian reported on Monday.

READ MORE: Ex-UK Cabinet Members to PM May: Brace Yourself for 'No Deal' Brexit

The powerful group, which is headed by members of the grassroots Momentum movement and has the support of over 60 constituency Labour parties (CLPs), will attempt to shift Labour leader Jeremy Corbyn’s stance on Brexit at the party’s annual conference.

© AP Photo / Michael Kappeler
'This Means End of Europe': Merkel's Union Partner Accused of 'German Brexit' Plot
Ultimately, they want the Labour Party to launch a concerted effort to oppose the ruling Tory government’s Brexit deal, which will be presented before parliament, and push for a public vote on the deal, where the electorate would also be given the opportunity to vote for Britain to remain in the trading bloc.

Over 100,000 rallied in central London on June 23 as part of the people’s vote march, with former and current cross-party politicians attending and backing the campaign, including Vince Cable, who serves as the leader of the Liberal Democrats.

“It is essential that there is clear red water between the mainstream centrist remain campaigns and any serious attempt to get Labour to strengthen its Brexit position,” an informed source with ties to the campaign told The Guardian.

“Labour members are overwhelmingly on the left, and will never be won over by centrist MPs or a cross-party alliance that includes Tories. Ultimately they have different aims. This is about making sure that a Corbyn government can succeed.”

© AFP 2021 / Frederick Florin
Illegal EU Funding Persuaded Airbus to Threaten UK Over Brexit – Nigel Farage
Meanwhile, UK Prime Minister Theresa May is struggling to handle rebellion and decent within her own party over Brexit, as hardline Brexiteers continue to call for the UK’s complete exit from the union’s single market and customs union, and have urged May not to “betray Brexit.”

Warnings by Airbus and BMW in which they threatened to cease UK operations in the event of a hard Brexit, or the UK’s withdrawal from the EU customs union and single market without another deal in place, have piled additional pressure on negotiators.

Ex-UK Cabinet Members to PM May: Brace Yourself for 'No Deal' Brexit