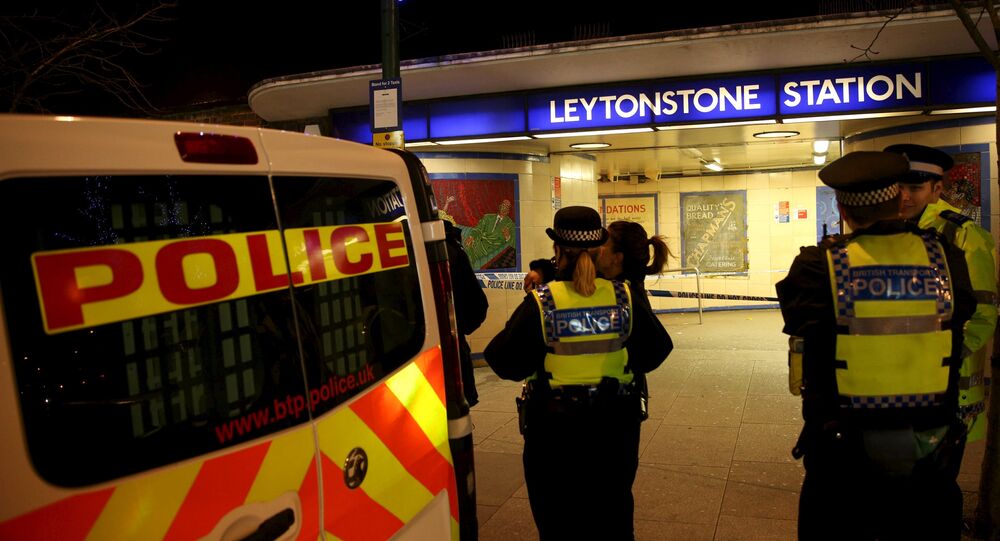 This latest murder court case in the UK’s capital comes amid a surge in violent crime throughout the country, especially London, with the minority Tory government coming under increasing scrutiny for its budget cuts.

A London student has been jailed for life after stabbing an autistic teenager to death over a row on a WhatsApp group chat in which the pair argued over who was more “gay,” The Independent reported on Thursday.

20-year-old Paul Akinnuoye called the 19-year-old autistic teenager a “batty boy” and said, “On your mum’s life I’m straighter than you.”

© Photo : YouTube/Viral Video Gold
Shocking! Cyclist Launches Road Rage Attack With 'Zombie Knife' in London (VIDEO)
Akinnuoye and the teenager, Jordan Wright, agreed to have a fight in southeast London last April. Wright was stabbed to death by Akinnuoye in Blackheath, after he unexpectedly brought a knife.

During the court case, the judge revealed that he was stabbed in the chest and later died in hospital. Akinnuoye will serve a minimum of 21 years in prison.

While sentencing the defendant, Judge Philip Katz QC said “The trigger for this murder was an utterly trivial dispute on a WhatsApp group chat which involved you, Jordan and others,” he told the Old Bailey. Jordan lost his life as a result of this pathetic goading on social media. Jordan’s death was as pointless as it was tragic.”

Over 1,300 stabbings have occurred in London so far this year, while other major cities are also witnessing an increase in violent crime. The Tory government's budget cuts to police forces have been blamed for the increase, but the government has made no indication it plans to reverse them.